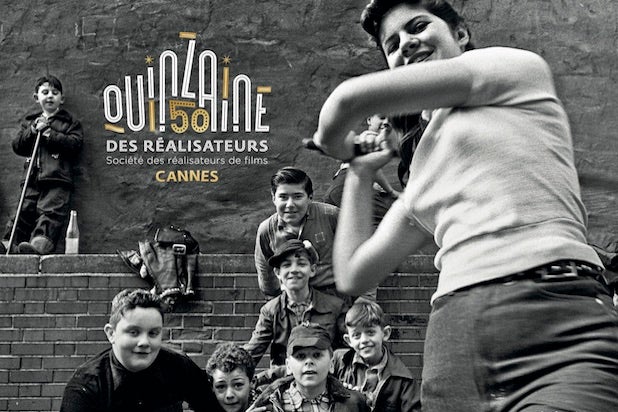 Debra Granik, Romain Gavras, Ciro Guerra and Gaspar Noe are among the directors whose films will be included in the 50th Directors’ Fortnight, an independent sidebar that will run concurrently with the Cannes Film Festival in May.

Granik will go to Cannes with “Leave No Trace,” her first narrative film since the Oscar-nominated “Winter’s Bone” in 2010, and a film that received strong reviews when it premiered at Sundance in January.

Gavras, best known for his videos for M.I.A., Kanye West and Jay-Z and others, will be there with “Le monde est a toi,” while Guerra and his co-director Cristina Gallego, who made the Oscar-nominated “Embrace of the Serpent,” will bring “Birds of Passage” to Directors’ Fortnight.

The Argentinian provocateur Noe will bring “Climax” to the festival.

Also in the selection: Panos Cosmatos’ horror film “Mandy,” which features what is reportedly another wild performance from Nicolas Cage.

Of the 20 feature films in the section, 15 are directed by men and four by women, with “Birds of Passage” a collaboration between male and female directors.

Directors’ Fortnight (Quinzaine des Realisateurs) was established in 1969, in the aftermath of a 1968 Cannes Film Festival that was canceled midway through in solidarity with the protests sweeping through France. It was set up to offer a more daring and experimental slate than the main festival, and over the years provided the first Cannes exposure for such directors as Martin Scorsese, Werner Herzog, Michael Haneke and Spike Lee.

Directors’ Fortnight will open on May 9 and run through May 19.