Debra Messing has apologized for her viral tweet about Kim Kardashian hosting “SNL,” clarifying that she “was not intending to troll” the superstar.

During her appearance on “Tamron Hall” on Wednesday, the host asked Messing about her tweet from last month, which questioned why Kardashian was asked to host the late-night show. In the tweet, Messing wrote, “Why Kim Kardashian? I mean, I know she is a cultural icon, but SNL has hosts, generally, who are performers who are there to promote a film, TV show, or album launch. Am I missing something?”

The “Will & Grace” alum told Hall on Wednesday: “I was not intending to troll her, and if anybody took it that way, I apologize. That was never my intention.” 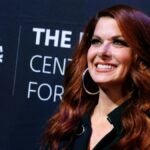 She further added: “I was just confused, and I thought, ‘I have been living under a rock, I don’t have my finger on the pulse of pop culture.’ So I was like, ‘Has she been doing something on the side that I’m not aware of because I’ve been so focused on activism?’ Clearly it was interpreted differently.”

For the record, Messing did watch Kardashian’s episode of “SNL” — which gave the sketch show a nice ratings boost — and said she did an “amazing” job.

“I watched her and I thought she was amazing and I was rooting for her,” Messing said. “If you know me and you follow me, then you know that I consistently lift up women. I support women, so I hope that people understand that that was never my intention.”

Watch Messing’s interview with Hall in the video above, and see her original tweet about Kardashian below. 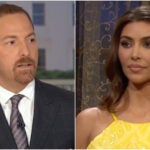