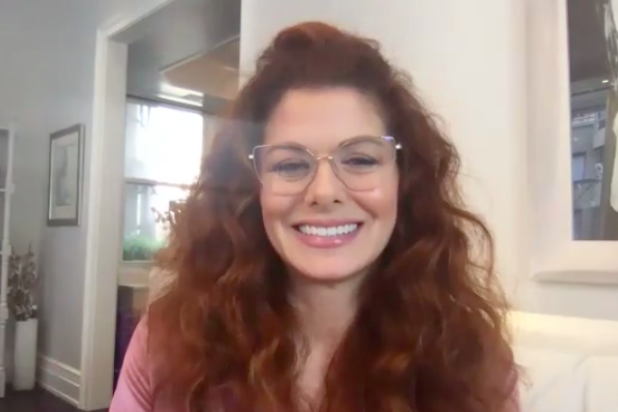 Debra Messing, fresh off the second “Will & Grace” series finale, is launching a podcast to spotlight activists Thursday. “The Dissenters,” co-hosted with attorney and activist Mandana Dayani, will, she told TheWrap by teleconference Wednesday, aim “to dispel the myth that you have to have a certain pedigree in order to actually make change happen.”

TheWrap can exclusively reveal the list of all 20 “Dissenters,” each of whom get their own podcast interview and episode on the podcast, produced by Dear Media. Ranging from actresses Jane Fonda and Eva Longoria to former secretary of state Hillary Clinton and animal rescuer Zach Skow, they certainly do all have different platforms and pedigrees.

“‘The Dissenters’ came out of our of our own activism,” Messing told TheWrap. “Mandana and I are really great friends and we’re super nerdy. We’re curious nerds. We read all the time and we get really inspired by discovering people who are doing great things in the world and so, after we found all of these people were like, ‘Oh my goodness. We should do a podcast so that we can honor them and we can introduce them to the listeners.'”

She went on, “We had so many people to go through and we decided on these 20, many of whom you had never heard of before. We wanted there to be a wide swath of subject matter. So, we have accidental activists from fashion and athletics and politics and stay-at-home moms who have done extraordinary things.”

Messing and Dayani approach the interviews — most of which were recorded before the pandemic hit but some of which are still taking place via Zoom call — as “superfans,” she said: “We’re geeking out when we meet these people, and we are asking all the questions that anybody would have. We’re not scared of asking stupid questions.”

The actress has been doing her part to be a change, too. Wednesday at 8 p.m. ET, she and her former castmates from “Smash” will stream a live concert of songs from the series, which chronicled the making of a musical about Marilyn Monroe. The proceeds will go to The Actors Fund, which, she says, “is an organization that supports people from every aspect of the entertainment industry, and obviously because of Covid, everyone is out of work.”

Messing’s own Broadway show, “Birthday Candles,” was postponed by the coronavirus two weeks into rehearsals, which she called “devastating.”

“I’m happy to report that the Roundabout Theatre loves this brand-new show so much that they intend to do it in the fall or whenever it’s safe to do it and to actually do it,” she added. “So, I’m very grateful because most of the Broadway shows shut down and and that’s it. They will not be coming back.”