Defector announced on Tuesday that one year after launch, 40,000 people had paid subscription fees and the site had pulled in $3.2 million in revenue.

In a post heralding the one-year anniversary of the worker-owned site, co-founder Tom Ley wrote, “As tempting as it was to empty our business bank account, fill an empty swimming pool with $3.2 million, and spend the last year swimming around in our riches, we instead decided to use our revenue to stand up a functioning, sustainable media company.”

He added that money went to pay the 23 full-time employees of the company as well as to bolster the tech elements of the website. Another $100,000 went to freelancers and contractors. 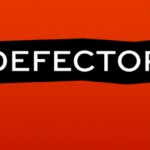 Deadspin saw a mass staff exodus in November 2019 after every staff editor and writer resigned following the firing of top editor Barry Petchesky for failing to heed the new owners’ directive to focus exclusively on sports content.