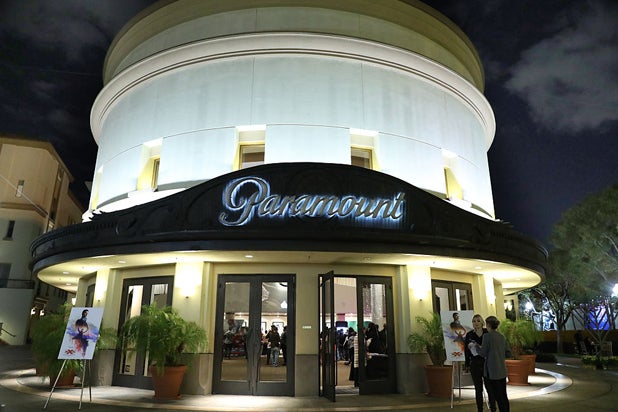 Paramount Pictures’ $1 billion slate financing deal with China’s Huahua Media and Shanghai Film Group is in jeopardy after a planned acquisition of Huahua was pushed back due to regulatory issues, TheWrap has learned.

“The delay or even cancellation of this transaction will most likely prevent Huahua from funding the Paramount slate deal,” an individual with knowledge of the deal told TheWrap.

A spokesperson for Huahua could not comment at this time. Paramount did not immediately respond to a request for comment.

China’s increasingly strict financial regulations have killed off several planned Hollywood deals, most notably Dalian Wanda Group’s proposed $1 billion acquisition of Dick Clark Productions, as TheWrap exclusively reported last month. Wanda’s Dick Clark takeover fell apart mainly due to issues getting cash out of China, which instituted a directive late last year requiring companies to check with regulators when transferring $5 million or more out of the country. That cash squeeze likely had an adverse effect on the Paramount slate financing deal as well, according to sources.

And other regulations designed to stabilize China’s rollercoaster stock markets have also taken a bite out of China’s Hollywood invasion.

Chinese copper company Anhui Xinke New Material’s planned $350 million purchase of “The Hurt Locker” production company Voltage Pictures was called off in December in another broken deal where regulatory issues were at least partially blamed. Legendary Pictures CEO left the company after Wanda, which acquired the “Kong: Skull Island” production company for $3.5 billion last January, was unable to fold it into its publicly-traded cinema chain after Shenzhen Stock Exchange regulators cracked down on Legendary’s lack of profits and Byzantine ownership structure. OTM itself had also increasingly run afoul of these tighter regulations, being fined or punished 13 times by the CSRC in the last two years.

In January, Huahua CEO Kefei Wang told TheWrap participating in individual Paramount films build the foundation for the comprehensive agreement signed with the studio and Shanghai Film Group. He also spoke about the arrangement being part of a larger “cultural change as our China film industry and Hollywood gets closer.”

However, an increasingly difficult regulatory regime is threatening to put a halt to these deals, which have been fruitful for studios, many of which has inked a co-production pact with a Chinese partner. The studios get outside capital to mitigate some of their risk and access to China’s film market, which was the world’s fastest growing before flatlining last year in the wake of a disappointing film slate and rollback of online ticketing subsidies. Huahua’s marketing might helped “Age of Extinction” gross $320 million at the Chinese box office, a then-record for a Hollywood movie.