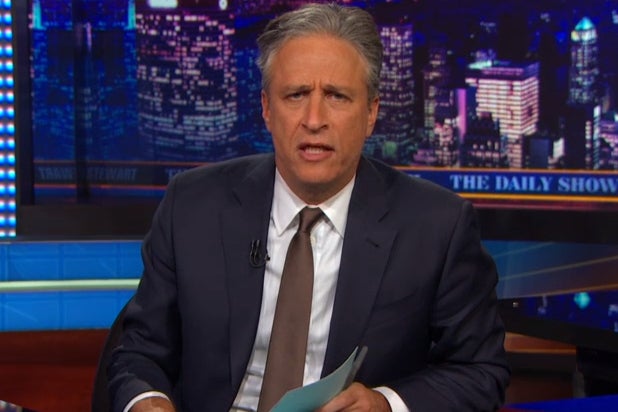 A few hours before his own Comedy Central show on Tuesday, Stewart told CNN’s Christiane Amanpour on her show that he didn’t vote because he just moved and didn’t know where his voting booth was located. Later, on his own program, Stewart set the record straight with a serious apology about an attempt at humor.

“I was being flip and it kind of took off,” Stewart said. “And you know what? I want to apologize. Because I shouldn’t have been flip about that, because I think I wasn’t clear enough that I was kidding and it sent a message that I didn’t think voting was important, or that I didn’t think it was a big issue, and I do. And I did vote and I was being flip and I shouldn’t have done that — that was stupid. And I apologize.”

See video: ‘The Daily Show’ Has White People Explain Why Latinos Are So Damn Terrifying

Later in the program, Stewart interviewed Chairman of the Republican National Committee Reince Priebus, who according to the Comedy Central host, is currently sporting an erection the size of the Empire State Building.

Stewart’s questions included: “Were you surprised that the Democrats’ strategy seemed to be … curling up in a ball and hoping you didn’t kick them in the face too hard?”

After a comical retort from Priebus, the questions and answers got a little more serious and to a point.