Democrats are blasting Hulu on social media after the Disney-owned streamer reportedly banned the party’s ads about abortion and gun control.

“@Hulu is REJECTING our ads calling out GOP attacks on abortion access and gun safety. Their shady policies amount to outrageous political censorship,” the Democratic Senatorial Campaign Committee wrote on Twitter Monday, sharing the ads that were not permitted to air on the platform in two follow-up tweets.

The Democratic Governors Association and the Democratic Congressional Campaign Committee also joined in on the public call-out. 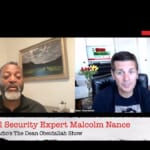 Also Read:
GOP Will ‘Defund Every Component of the U.S. Government’ If It Becomes Party in Power, Ex-MSNBC Analyst Warns (Video)

“Voters have the right to know the facts about Republicans’ actions on issues like abortion,” the Democratic Governors Association Twitter account wrote. “@Hulu is doing a disservice to the American people by blocking voters from learning the truth about the GOP — or denying these issues from even being discussed.”

Hulu did not immediately respond to TheWrap’s request for comment, and the streamer has not issued a public statement.

One of the ads calls the Supreme Court’s decision to overturn Roe v. Wade “the result of a coordinated Republican attack on abortion” and claims that the GOP “will not stop” until abortion is illegal nationwide. Another ad accuses the Republican party of being “more devoted to the gun lobby than taking common sense action to make our kids safe.”

According to Hulu’s ad policy, the streamer “may block, reject, revoke, or remove any Ad for any reason at any time, including if Hulu determines an Ad is inconsistent with Hulu’s business practices, strategy, standards, or brand.”

While Hulu did not accept the ads, other Disney-owned affiliated including ESPN and local ABC affiliates did run them, The Washington Post reports.