Former MSNBC analyst Malcolm Nance gave a grim warning about the possible future of the United States, predicting the nation is “four months from the end of American democracy” if the GOP takes control of Congress come the November midterm elections.

“And we said that in 2020. And that was true then, too, right? But now, now you’re talking about putting a party in power in which there will never be another election,” Nance said during an appearance on SiriusXM’s “The Dean Obeidallah Show” Friday, referring to the Republican party. “They will vote through every piece of legislation, and defund every component of the United States government.”

He added that the GOP party leaders are “not joking” when they discuss impeaching President Joe Biden and Vice President Kamala Harris or attempting to “criminally prosecute” the Jan 6. committee. A recent poll found that over two-thirds of Republicans would like to see Biden impeached if the party takes control of the House of Representatives again. 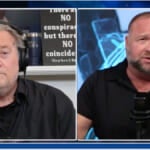 With the midterm elections fast approaching, Nance said he believes the Democratic party needs to “fight” to mobilize new voters and reinvigorate past voters.

In April, Nance quit his role as an MSNBC commentator and took up a fight overseas to help put a halt to Russia’s invasion of Ukraine as a part of the country’s international legion.

“This is an existential war, and Russia has brought it to these people and they are mass-murdering civilians,” he told MSNBC host Joy Reid at the time. “And there are people here like me who are here to do something about it.” 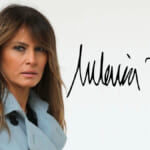