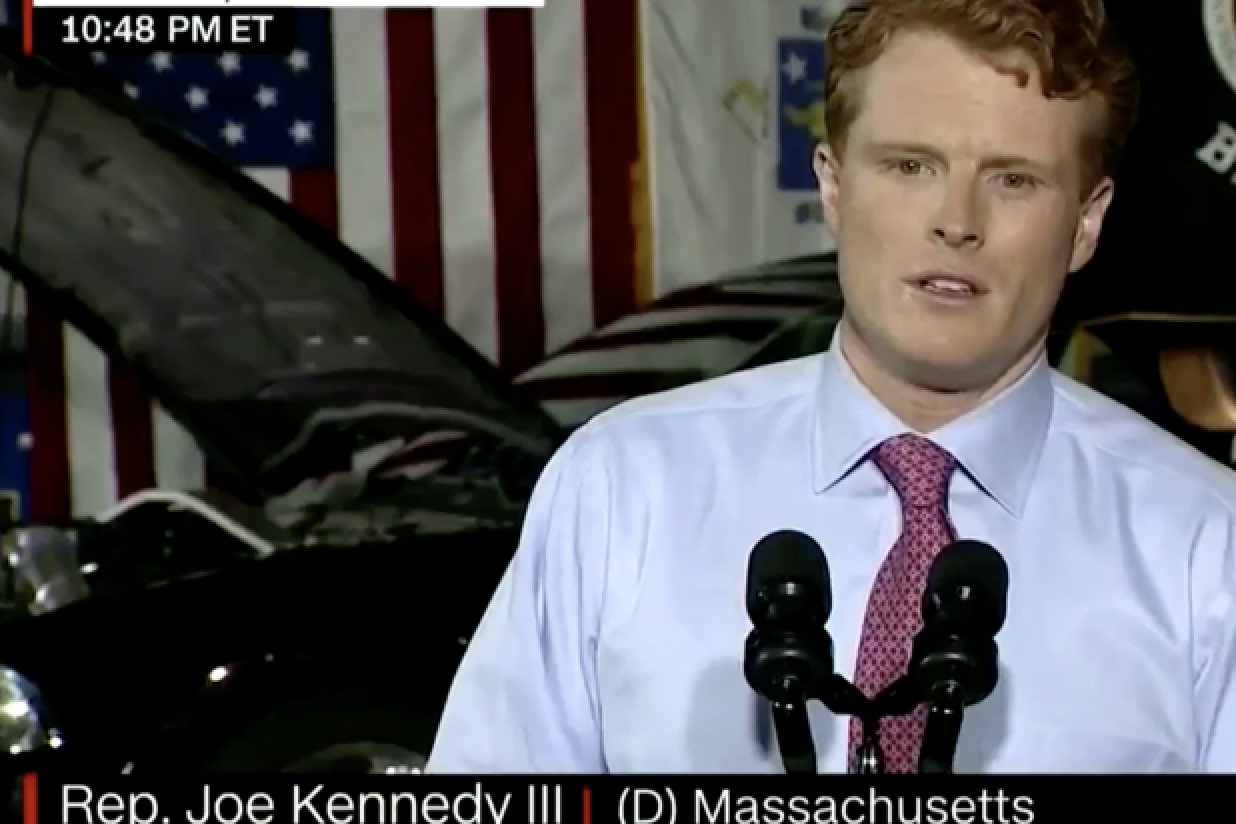 Many Democrats on Twitter praised Massachusetts Rep. Joe Kennedy III on Tuesday for a State of the Union response that was inclusive and impassioned. Republicans said he was literally drooling.

The response to the State of the Union is an unenviable job — the speaker needs to follow the president, spelling out an agenda from the ultimate bully pulpit. Many on the left said Kennedy, grandson of Robert F. Kennedy, did his ancestors proud by appealing to struggling Americans from all walks of life.

But look at the right side of his mouth, said Republicans. That’s spittle!

The Kennedy name endows its bearer with fame and solemnity, but also the responsibility to live up to the achievements of the past. Listeners on the left largely agreed said it was hard to take issue with the 37-year-old’s text or delivery.

But Republicans had a point that it was hard to un-notice what definitely looked like drool. Even Politico got into the speculation, writing:

The Democratic congressman’s mouth corners appeared especially shiny during his response to President Donald Trump’s State of the Union address — and many online were quick to accuse him of drooling during his address. The alternative theory was an overzealous application of lip balm.

Look, the congressman’s own great uncle started us down this dumb path. We all remember the classic story of the 1960 presidential debate in which John F. Kennedy wore makeup, and Richard Nixon was too macho to accept it, and people who heard the debate on the radio thought Nixon won, and people who saw it on TV thought Kennedy won, and then Camelot? Looks matter. They shouldn’t, but they do.

Remember the point Sen. Marco Rubio was making in his response to President Obama’s 2013 State of the Union, just before he suddenly made a thirsty lunge for a water bottle?

Of course you don’t. No one does.

So it remains to be seen whether America will remember Kennedy’s speech for his insistence that we’re all in this together, or for his awkward mouth situation.

It probably depends if they heard the speech on the radio or saw it on TV. Try to guess the political leanings of the folks below:

Seeing a lot of this and frankly, no substantive critique of Joe Kennedy's speech. I think it's fair to say someone finally did well in that unenviable slot. https://t.co/UP5PDvervd

Joe Kennedy: “The strongest, richest, greatest nation in the world shouldn’t leave any one behind.” #SOTU

My friend & #FutureForum member @RepJoeKennedy did a stellar job with the #SOTUresponse tonight, describing our optimism for, and commitment to, a brighter future for ALL of us. https://t.co/dxSdsxvgex

This Joe Kennedy clown is so nervous he's drooling, and you can hear him trying to catch his breath in between sentences. Sorry kid, but the Kennedy name can only get you so far in life. #SOTUResponse

And here is President Trump clapping for himself: