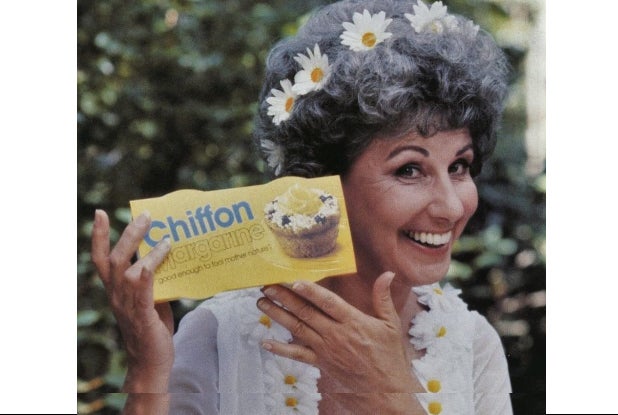 Dena Dietrich, the actress best known for appearing as Mother Nature in a series of margarine commercials in the 1970s, has died. She was 91.

A friend of Dietrich’s told The Hollywood Reporter that the actress died of natural causes on Saturday at a health care facility in Los Angeles.

Dietrich appeared in multiple Chiffon spots throughout the decade as a vengeful Mother Nature who was duped by a product she believed to be butter. The clips ended with Dietrich delivering the line, “It’s not nice to fool Mother Nature.”

As a theater actress, Dietrich appeared on stage in “The Prisoner of Second Avenue,” ” Here’s Where I Belong” and “Funny Girl.” Her on-screen credits include recurring roles on “The Ropers,” “The Practice” and “Adam’s Rib,” as well as guest appearances on “Murphy Brown,” “The Golden Girls” and “Thirtysomething.”

Dietrich had no survivors.