The novel has been under option for over 20 years and purchased outright in 2018 by Morgan Freeman and Lori McCreary’s Revelations Entertainment, which will produce with Alcon. Freeman and McCreary had a long-standing collaboration directly with the reclusive Arthur C. Clarke, and they committed to him to personally on their visit to him in Sri Lanka that they would usher “Rendezvous with Rama” to the big screen in a manner true to his seminal book.

“Denis’ vision for ‘Rama’ felt completely aligned with Arthur’s wishes, so we are confident that teaming with our producing partners Andrew and Broderick at Alcon is the right next step in this over-20-year odyssey!” McCreary and Freeman said in a statement to TheWrap.

First published in 1973, “Rendezvous With Rama” is regarded as one of the cornerstones of Clarke’s works. Set in the 2130s, the story involves a 31×12 mile cylindrical alien starship that enters the Solar System. The story is told from the point of view of a group of human explorers who intercept the ship in an attempt to unlock its mysteries. The novel won both the Hugo and Nebula awards upon its release. 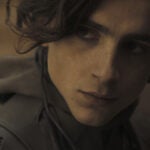 “This is one of the most intelligent works of fiction in the genre; it poses as many questions as it does answers, and is a work for our time,” Johnson and Kosove said. “It’s perfectly fitted to our friend and collaborator Denis’ brilliant sensibilities, and specifically to his love and passion for science fiction. We are also pleased to work with Morgan and Lori, who have a long-standing passion for this IP.”