While acclaimed filmmaker Denis Villeneuve is about to launch one of the most ambitious sci-fi adaptations in years, he’s throwing his hat in the ring for another challenge: rebooting the James Bond franchise.

While appearing on Josh Horowitz’s Happy Sad Confused podcast (via IndieWire) to promote “Dune,” Villeneuve – who has mentioned the James Bond franchise in the past – was asked whether it’s still on his directing wish list. “Frankly, the answer would be a massive yes,” Villeneuve responded. “I would deeply love one day to make a James Bond movie. It’s a character that I’ve been with since my childhood. I have massive affection for Bond.”

Villeneuve admitted it would be a “big challenge” to reboot the series after the Daniel Craig films, as the actor’s run comes to a close with “No Time to Die.” The filmmaker had high praise for Craig’s turn, noting that what the actor “brought to Bond was so unique and strong and honestly unmatchable. He’s the ultimate James Bond. I can’t wait to see Cary’s movie. I’m very excited. I’m one of the biggest Bond fans.”

The French-Canadian director, who first made waves with films like “Sicario” and “Arrival,” tried his hand at a franchise with 2017’s “Blade Runner 2049.” While that film was critically acclaimed and earned legendary cinematographer Roger Deakins his long-overdue first Oscar, the Warner Bros. release was slightly disappointing at the box office with a $259.3 million worldwide total against a reported budget in the range of $150 million to $185 million.

No matter, Warner Bros. then tapped Villeneuve to try his hand at an adaptation of Frank Herbert’s challenging tome “Dune,” with the finished film making waves on the festival circuit ahead of its theatrical (and, begrudgingly, HBO Max release) later this month.

Of course, Bond producer Barbara Broccoli recently said they won’t even start considering Craig’s replacement until 2022, but rebooting the Bond franchise will be top of mind given how successful “No Time to Die” is proving to be. The film is on track to potentially become the first domestic release of 2021 to open north of $100 million.

Still, Villeneuve may have his plate full when it comes time to reboot Bond. The filmmaker adapted only the first half of Herbert’s novel for “Dune” and, should the film be successful, is ready to make “Dune Part 2” next year as he’s already been toiling away on the screenplay. 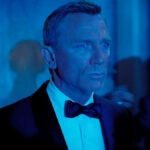 Also Read:
‘No Time to Die’ Blasts to $6.3 Million at Thursday Box Office

He’ll also no doubt have plenty of competition for the director of the next Bond movie, including “No Time to Die” filmmaker Cary Fukunaga himself, who first approached Broccoli years ago with an idea for how to reboot the franchise. He recently told /Film that he’d be interested in revisiting that idea for the next Bond film.

There’s also the prospect of Christopher Nolan tackling the franchise, as the “Inception” filmmaker has long said Bond is one of his favorite series and would be interested in helming the next reboot. Although perhaps “Tenet” got the global spy thriller bug out of Nolan’s system, as he’s next set to make a smaller-scale movie about J. Robert Oppenheimer.

Whatever happens, one thing is clear – the Bond producers have plenty of options when it comes to selecting who’ll help spearhead the next era of the legendary franchise.