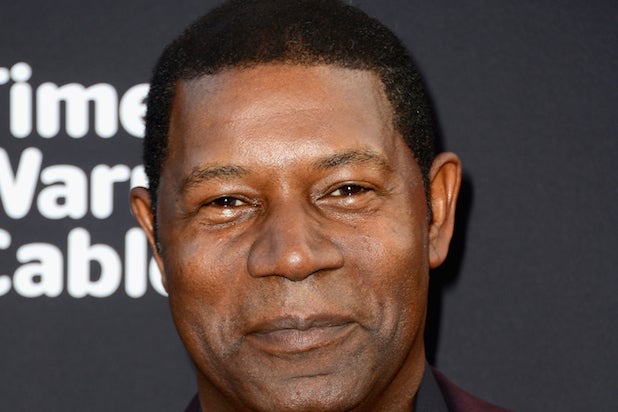 In the midst of a stellar year on the big screen, Dennis Haysbert is set to continue his hot streak, as the “24” veteran has been cast as one of the leads in Legendary Digital and Crackle’s zombie movie “Dead Rising.” Additionally, Haysbert has joined the cast of Universal and MRC’s “Ted 2,” TheWrap has learned.

Zach Lipovsky (“Leprechaun: Origins”) will direct “Dead Rising,” which is being executive produced by Lorenzo di Bonaventura. The 90-minute feature is based on the Capcom property and will mark the first release from Legendary Digital Media.

Set during an epic zombie outbreak that a mandatory government vaccine failed to stop, “Dead Rising” debuted on the Xbox 360 console in 2006 and has since spawned a video game franchise that has sold more than 6.5 million copies worldwide.

Sony’s Crackle will give “Dead Rising” an exclusive digital release in the U.S. before the film receives a multi-platform release on SVOD, VOD, DVD and TV, while Content Media Corp. (“Halo 4: Forward Unto Dawn”) will distribute both feature-length and episodic formats on international platforms.

Meanwhile, Haysbert has booked a fun cameo in “Ted 2,” which Seth MacFarlane is directing from a script he co-wrote with frequent collaborators Alex Sulkin and Wellesley Wild.

Mark Wahlberg is returning alongside America’s favorite foul-mouthed teddy bear, and the Thunder Buddies will be joined by Amanda Seyfried and Morgan Freeman.

Scott Stuber is producing the R-rated sequel, which is currently filming in Boston. MRC is co-financing “Ted 2,” which Universal will release on June 26, 2015.

Haysbert will soon be seen in Jason Reitman’s “Men, Women & Children” and Justin Simien’s comedy “Dear White People,” which caused a stir at Sundance and earned many positive reviews.

Earlier this year, Haysbert took over Michael Clarke Duncan’s role of brutal enforcer Manute in “Sin City: A Dame to Kill For” and appeared in the box office hit “Think Like a Man Too.” He also voiced a role in DreamWorks Animation’s “Mr. Peabody & Sherman.”

Haysbert is represented by the Gersh Agency and GS Management.