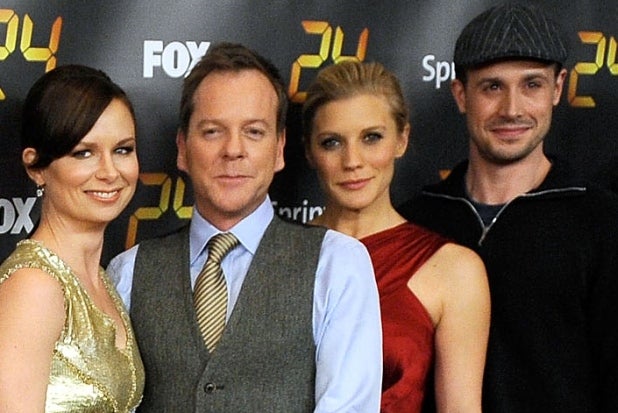 While promoting his new Disney XD series “Star Wars Rebels” at Comic-Con, Prinze was very candid with ABC Radio News reporter Jason Nathanson about his experience working on “24” in 2010. Unsolicited, Prinze said that the experience was so bad that “I hated every moment of it.”

Then he dropped this bomb: “Kiefer was the most unprofessional dude in the world. That’s not me talking trash; I’d say it to his face. I think everyone that’s worked with him has said that.”

Prinze didn’t clarify to what degree Sutherland was unprofessional, but apparently it was horrible enough that he was ready to leave Hollywood for good. As Prinze put it, “I just wanted to quit the business after that.”

He then joked that doing scenes with Sutherland was tough because of the difference in their heights. “Just put the guy on an apple box or don’t hire me next time,” he said, claiming that Sutherland was only 5’4”.

ABC News confirmed that Sutherland was actually 5’9”, but couldn’t get a response from his camp on Prinze’s claims.

Listen to the audio of the interview here.