The Denver Post has fired writer Terry Frei after he tweeted that he was “very uncomfortable with a Japanese driver winning the Indianapolis 500 during Memorial Day weekend.”

After Takuma Sato won the Indy 500 on Sunday, writer Frei expressed his discomfort while clarifying that it was “nothing specifically personal.” A huge backlash ensued, as many people took the comment extremely personally.

Frei deleted the tweet, apologized and said in a lengthy apology that his father, former University of Oregon coach Gerald L. “Jerry” Frei, had fought against the Japanese in World War II, flying 67 missions in all.

The elder Frei died in 2001, and Terry Frei said he had visited his grave and saluted him Sunday, the day of Sato’s Indy 500 win.

“I am sorry, I made a mistake, and I understand 72 years have passed since the end of World War II and I do regret people with whom I am very probably very closely aligned with politically and philosophically have been so offended,” Frei said.

The Post issued tweeted Monday that Frei was “no longer an employee.”

“We apologize for the disrespectful and unacceptable tweet that was sent out by one of our reporters,”  the paper said. “The tweet doesn’t represent what we believe nor what we stand for.”

Terry Frei is also an author whose latest book, ” Olympic Affair,” is set against the backdrop of the 1936 Berlin Olympics. It focuses on U.S. decathlon champion Glenn Morris’ affair with German actress and film director, Leni Riefenstahl, who came to be remembered as a Nazi propagandist.

Here is his apology: 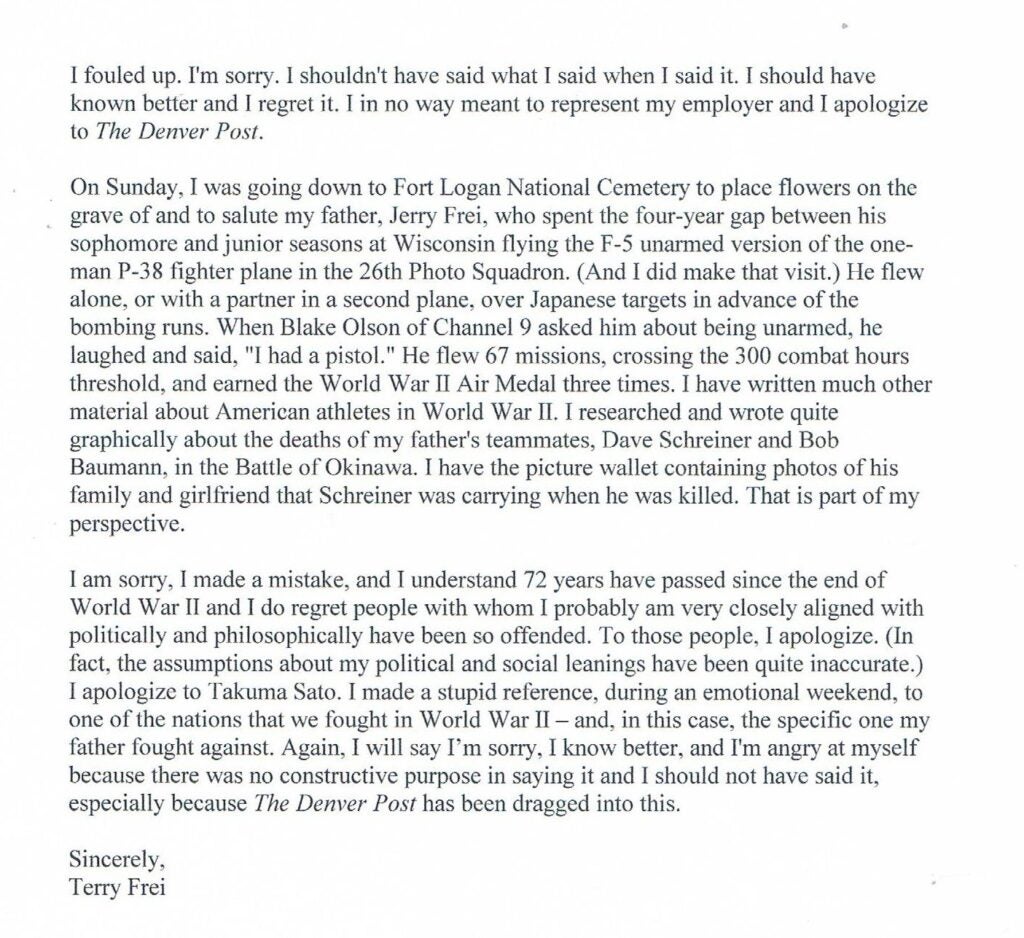 Here is the Post’s statement: