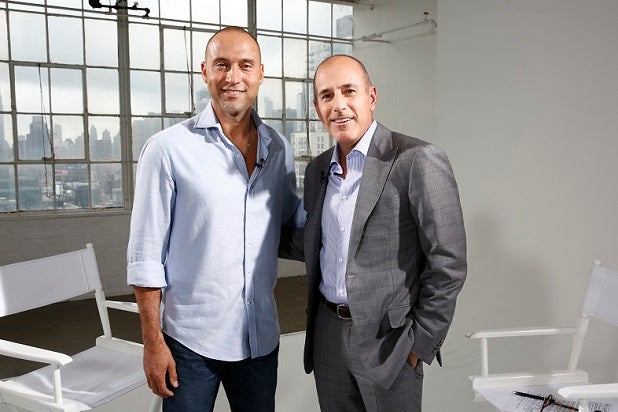 Baseball fans shouldn’t get their hopes up for extra innings from Derek Jeter — he’s hanging up his helmet and spikes for good.

The New York Yankees captain — who retired after this season — is “100 percent sure” he won’t be returning to the baseball diamond.

Jeter revealed as much during an interview with Matt Lauer, which will air on NBC’s “Today” on Wednesday.

In his first television interview since he retired, the former Yankee also said he feels “young again” since retiring from .

See photos: 30 of the Biggest Home Runs and Most Embarrassing Strikeouts in Baseball Movie History (Photos)

“You know, it’s funny, because someone had mentioned to me I went from an old man in baseball to a young man in life,” the 40-year-old Jeter said. “And I liked how that sounded. So I consider myself young again.”

Jeter also reflected on his last game at Yankee Stadium, admitting that he “almost lost it on the field” but pulled it together when the game grew tight.

“When we got into about the eighth inning and you know, the fans started chanting, ‘Thank you’ — that’s when I almost lost it on the field. And to be honest with you, if the game would have finished 5-2, like we all thought it was going to finish, then I —  there’s no telling what would have happened,” Jeter said. “But my emotions just immediately changed, because they tied the game and then now it’s, “You got to go and hit.” And I’m (like), ‘Aw, I can’t believe I got to go out and try to do this again.’ So, everything changed from being sad to being excited. And you know, once I was excited, then I kept it together.”