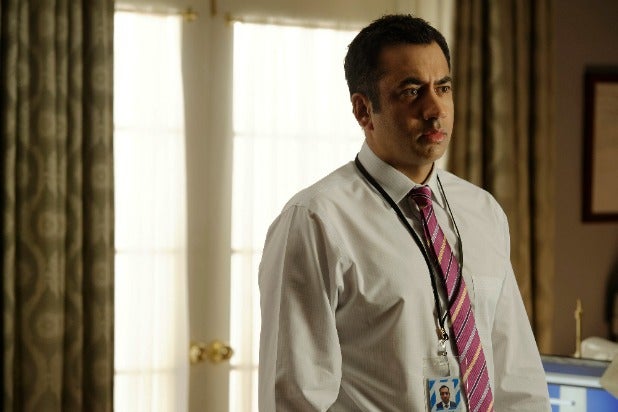 Look, ABC’s “Designated Survivor” is not really a prestige show. It’s got heavy-enough subject matter, sure, but it’s also pulp. It has exactly the level of nuance we would expect from a network drama — you’re not gonna mistake it for something you’d find on HBO.

But “Designated Survivor” is also not a show you’d want to watch on Sunday nights on HBO. Through two episodes it’s very thoroughly an idealist’s fantasy — specifically of the “people are basically good” variety, which makes it a liberal fantasy, to be sure. Also, the new President Kirkman (Kiefer Sutherland) is a Democrat. So there’s that.

Last week I described the basic premise (the Capitol is bombed during the State of the Union address, with the Secretary of Housing and Urban Development ascending to the presidency) as a compelling but realistically impossible “what if.” What if somebody who didn’t have any desire to become president actually got stuck with the job?

This week, we got to see how President Kirkman deals with institutional racial discrimination by police in the wake of the attack on the Capitol. We’ve got the governor of Michigan (Michael Gaston) ordering the state police to, more or less, round up all the Muslims. They manage to beat one of them, a teenager named Danny Fayed, to death. There’s even a video of the cops in Michigan beating Danny Fayed, as he lies on the ground with his hands tied behind his back with zipties. I told you it was topical, didn’t I?

In Washington they’re at least a bit more restrained — they harass Kirkman’s speechwriter Seth Wright (Kal Penn) as he’s trying to go to work. It’s a tense situation, and one that’s not difficult to imagine escalating quickly. Seth snarks at their questions (“Where do you live?” “Is that your real name?” And so forth), as the two officer have their hands on their holstered sidearms. Fortunately, they end up letting Seth go because, you know, he actually does work at the White House.

“Designated Survivor” is not the kind of show to take any kind of middle ground on this issue. There is never any question about whether there was any merit to what the police are doing. None of that wishy-washy “everybody needs to respect law enforcement” stuff you see cable news pundits dropping every day. The Michigan governor is the bad guy, flouting his authority and denying that Kirkman has any. He even says something along the lines of “even if they aren’t radical they probably know somebody who is and if we beat enough of them down they’ll give ‘em up.”

Also Read: How the 'Designated Survivor' Works in Real Life

President Kirkman, meanwhile, is the good guy, and he’s 100 percent against arresting and beating a bunch of people based on their religion or skin color. When the governor claims he’s just trying to keep his citizens safe, Kirkman pretty much nails the response: “How safe is Danny Fayed this evening?”

Beyond all that you have a General strongly encouraging Kirkman to publicly blame a fictional offshoot of al-Qaeda as the perpetrators of the bombing, based on an undetonated bomb the FBI found in the Capitol rubble. They’re clearly not actually responsible — the B-plot of the series is about an FBI investigator, played by Maggie Q, who thinks the dud bomb was left there purposefully to deflect attention away from the real bombers.

It’s not hard to figure out why the military and the FBI would be cool with placing the blame on Islamic terrorists based in northern Africa. True to the unsubtle nature of the show, a character explains outright why that and the abuse of the Muslim community by police in Michigan is happening. And true to the weirdly optimistic nature of the show, that explanation isn’t yelled by some frantic antagonist, but rather by Kal Penn‘s character.

“When people don’t know who their enemy is they start with people who look like me.”

It’s on the nose, but it’s also correct. Nobody’s really gonna blink if the U.S. response to the decimation of its government is to blame some brown people who live on a different continent and go after them. And judging by the real-world popularity of Donald Trump, there are plenty of Americans who would be cool with having all the brown people (even the brown Americans) rounded up and locked away just in case. That was pretty much the thought behind Donald Jr.’s racist Skittles meme last week, after all.

I’m sitting on my couch watching this show during an election cycle in which the Republican nominee for president has made all the racists around here feel so comfortable with being openly racist that they have a “populist movement.” Actual Nazis feel like they have a place in American politics now. I grew up in Alabama, where I was taught that saying racist things is bad — if you’re in public. This year, suddenly, they don’t even care about the appearance of propriety.

So it’s just nice, as I have an ongoing internal debate about whether I should just officially become a nihilist already, to watch a show like “Designated Survivor” that attempts to paint a more hopeful picture. One that overflows with empathy, and reminds us what it looks like to be the good guy.

So, yeah, “Designated Survivor” probably isn’t realistic. But it certainly is cathartic.