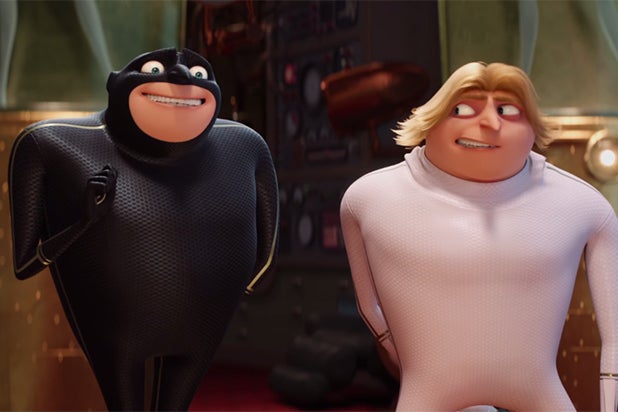 Universal is pulling out all the stops with Illumination’s “Despicable Me 3” this weekend, releasing the film in 4,529 locations. That sets a new record for the widest opening in movie history, beating the 4,468 screens “The Twilight Saga: Eclipse” was released on in 2010.

If “Despicable Me 3” can somehow perform above those expectations, it will become the first animated movie with a $100 million-plus opening in nearly a year. The last to cross that mark was another Universal/Illumination title from last July, “The Secret Life of Pets,” which went on to become the highest grossing animated film outside the Disney/Pixar canon with an $875 million global cume.

Also Read: What Franchise Fatigue? Sequels Like 'Transformers' Still Rake in Cash Outside US

Even if it doesn’t achieve that distinction, “Despicable Me 3” should carry Universal well into the second half of what has been a very good 2017 for them. Though the studio had a domestic stumble earlier this month with “The Mummy” — the blockbuster has only grossed $68.7 million in the States through three weekends — that film, combined with “The Fate of the Furious,” helped push Universal’s annual overseas gross past the $2 billion mark and past the $3 billion mark globally at a studio-record pace. “DM3” will push the studio’s domestic total past $1 billion this weekend, following a first half of 2017 that, along with “Fate of the Furious,” has been powered by mid-to-low budget hits like “Fifty Shades Darker” and Blumhouse offerings “Split” and “Get Out.”

But before Gru and the Minions invade theaters for a third round, TriStar and MRC will try to cash in on the thirst for original movie counter-programming with a Wednesday release of Edgar Wright’s “Baby Driver.” This film is the biggest wild card of the summer so far, having been moved up from an August release to right in the middle of a blockbuster-heavy mid-summer slate.

Sony/TriStar and MRC will be aiming for audiences looking for a break from franchise titles, with the hopes that the film’s rave reception from its SXSW premiere and its 99 percent RT score can be turned into strong word-of-mouth. Against a $34 million budget, the film is tracking for a $15-20 million five-day opening from 3,200 screens, with Sony expecting a low-teens opening and a strong return from the July 4 holiday.

Finally, there’s New Line/Village Roadshow’s comedy “The House,” which is tracking for $13-16 million from approximately 3,000 screens, with Warner Bros. projecting a $12 million start. The film stars Will Ferrell and Amy Poehler as a couple who start an illegal casino to make back the money they lost when they blew their daughter’s college fund. Andrew Jay Cohen directed the film and co-wrote it with Brendan O’Brien. O’Brien is producing with Ferrell and Adam McKay.

“Despicable Me 3” stars Steve Carell as series protagonist Gru, who, after losing his position in the Anti-Villain League for failing to capture Hollywood star turned villain Balthazar Bratt (Trey Parker), is tempted to return to villainy by his long-lost brother Dru (also voiced by Carell). Kristen Wiig, Jenny Slate, Miranda Cosgrove, and Russell Brand also star. Pierre Coffin and Kyle Balda directed the film from a script by Cinco Paul and Ken Daurio. Janet Healy and Chris Meledandri are producers.

“Baby Driver” stars Ansel Elgort as the titular getaway car driver who listens to music while driving bank thieves from the cops to drown out his tinnitus. After meeting a beautiful waitress named Debora (Lily James), he yearns to escape his life of crime, but his boss (Kevin Spacey) won’t let him go without a fight. Jamie Foxx, Jon Hamm and Eliza Gonzalez also star. The film is written and directed by Edgar Wright, with Tim Bevan, Eric Fellner and Nira Park producing.