The full four-day weekend was led by Warner/New Line’s second-week horror holdover "The Final Destination," a $40 million 3D film that generated $15.8 million at 3,121 locations. With $51 million banked domestically so far, it’s by far the best start in the nine-year, four-film history of the "Final Destination" franchise.

Coming in second was the Weinstein-distributed "Inglourious Basterds." Quentin Tarantino’s Nazi-hunting film added $14.4 million to its domestic bounty over the weekend, bringing its North American total to $94.6 million. Weinstein and its financing partner on the project, Universal, have already received $174 million oversees from "Basterds."

While the overall returns this weekend weren’t spectacular — they were down 12 percent from Labor Day 2008 at $114.7 million overall, according to one studio’s tally — the four days did see some of the films that keyed this summer’s record revenue run pass some important domestic benchmarks.

Paramount’s "Transformers: Revenge of the Fallen," for example, trickled in another $1 million over the four days, finishing the summer with $400.7 million in North America.

Having generated $428.6 million oversees and $829 million globally, Michael Bay’s second "Transformers" movie completed the season trailing only Warner’s "Harry Potter and the Half-Blood Prince," which is now closing in on $900 million worldwide.

Also hitting nice round numbers over the weekend was Sony’s "District 9," which with $9 million in receipts over the four-day weekend, has now generated $103.3 million domestically. Sony spent just $25 million to license the Peter Jackson-produced film in North America and a bunch of key international territories.

Here’s how the top 10 looked for the entire four-day period:

Three new movies entered the box office ring this weekend, and none of them could topple last week’s champ. 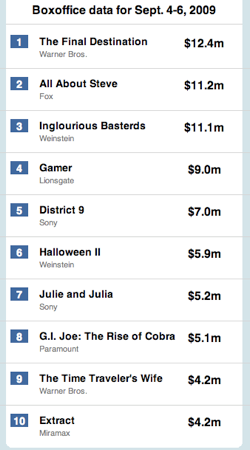 Warner/New Line 3D horror film "The Final Destination" stayed on top with $12.4 million for the three days, according to studio estimates.

The B.O. should get somewhat of a lift when final four-day numbers are tallied on Monday, as the holiday figures will add a little punch to the final tallies.

But it probably won’t add up to a huge bump.

Starring Sandra Bullock and Bradley Cooper, Fox’s PG-rated "All About Steve" arrived with romantic leads who had already scored big at this summer’s big office with "The Proposal" and "The Hangover," respectively.

Here’s a look at the top 10 based on projected three-day figures:

It was a record summer, but you wouldn’t know it by Friday’s B.O. performance.

The three new movies — "All About Steve," "Gamer" and "Extract" — all failed to ignite much excitement, with takes that barely moved the needle. Then again, all three new entries came into this Labor Day weekend with modest projections and relatively anemic screen counts, with Lionsgate’s  Gerard Butler thriller "Gamer" enjoying the biggest exhibition at 2,502 venues.

Fox’s "All About Steve," starring Sandra Bullock and Bradley Cooper, grossed $3.5 million at 2,251 venues Friday to finish second behind Warner/New Line incumbent "The Final Destination, which declined 67 percent from its premiere ($3.6 million) but still managed to hold the top spot.

"Gamer" took in $3.2 million, according to studio estimates, to finish in fourth place, behind Weinstein’s "Inglourious Basterds" ($3 million take Friday).

Way behind was Mike Judge’s "Extract" from Miramax, which pulled in $1.3 million at 1,611 locations.

"Steve" arrived with stars Bullock ("The Proposal") and Cooper ("The Hangover") coming off big comedy hits earlier in the summer, but also with dismal reviews. The femme-targeted film is projected to finish the four-day weekend period with $13.9 million.

Lionsgate, meanwhile, hoped "Gamer" writers Mark Neveldine and Brian Taylor could match the Labor Day opening of their 2006 mini-hit "Crank" ($10.5 on the way to an eventual global haul of $43 million), and they exceeded that modest goal with a projected $12.4 million for the weekend.

For its part, Miramax knew full well that the quirky Judge’s last feature, "Idiocracy," grossed just $444,000 for Fox back in 2006, so expectations for "Extract" weren’t huge, either. That film will finish the weekend in 10th place with $5 million, according to estimations.

The mild performances of the new box-office entries helped Warner/New Line’s relatively expensive horror title, "The Final Destination," climb to what is projected to be a $38.7 million take after two weeks. Distributed in 3D, the fourth "Final Destination" franchise installment has a reported $40 million production budget.

The Quentin Tarantino-directed "Inglourious Basterds," meanwhile, which declined 49 percent in its third week, is predicted to finish the weekend in second place, ahead of "Steve" and "Gamer," and have $94.4 million by the time its done.

All good things must come to an end.

So it is with the record-breaking summer of 2009, which finally winds down to its final four-day stand.

And not with a whimper. Lionsgate’s violent Gerard Butler thriller “Gamer” and Miramax’s raunchy Mike Judge comedy “Extract” will compete against a host of incumbent R-rated, male-targeted films hoping for one last bite at the summer-season apple. 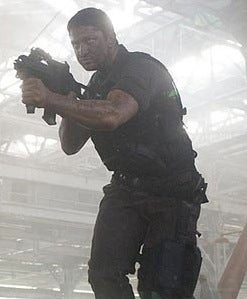 That includes slasher films “The Final Destination” from Warner/New Line and “Halloween II” from Weinstein/Dimension entering their second weekend, and everything from “District 9” to “Inglourious Basterds” to “G.I. Joe” still very much alive in the market.

Meanwhile, Fox has Sandra Bullock and surprise "Hangover" star Bradley Cooper in the romantic comedy “All About Steve,” both coming off huge runs earlier this summer.

The studio will release “Steve” in 2,251 venues Friday, a count big enough, Aronson believes, for Bullock to match or come close to some of her earlier openings, such as the $13.6 million Warner’s “The Lake House” premiered to in 2006, or the $14 million Warner’s “Miss Congeniality 2” started out with in 2005. 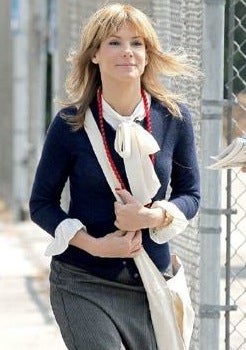 An opening similar to this summer’s $33.6 million premiere of Disney’s Bullock-starring romcom “The Proposal,” however, might be a stretch, Aronson admitted, even with Cooper as the male lead.

Besides hot talent, the PG-13-rated “Steve” also has the dynamics of counterprogramming in its favor, with the similarly female-targeted competition including Sony’s “Julie and Julia” and “The Ugly Truth,” as well as Warner’s “Time Traveler’s Wife,” all winding down their respective runs.

The same can’t be said for the “Extract” and “Gamer,” which are facing a domestic box office that last weekend featured five top films all with similar R ratings and male-audience skews.

“I think we’ll still be able to generate what we need to,” said David Spitz, exec VP of domestic distribution for Lionsgate.

The futuristic film, which will open in 2,502 venues, was written by Mark Neveldine and Brian Taylor, the same duo behind Lionsgate’s 2006 action title “Crank,” which Spitz defines as “Gamer’s” most comparable model.

“Crank,” which cost Lionsgate about $12 million to produce, opened to $10.5 million on a Labor Day weekend on the way to an eventual $43 million global box-office.

Tracking estimates for “Gamer,” according to a rival studio insider, are in the low double digits — a performance that would signal a comeback of sorts for the film’s principals should it come to fruition.

Star Gerard Butler is looking to reclaim his action-thriller mojo, which was shelved for a series of romantic comedies — “P.S. I Love You” and “The Ugly Truth” — and hasn’t been seen since the Scot broke out with 2006 graphic-novel-adapted hit “300.” (His action title “RockNRolla” for Warner last year grossed only $25.7 million worldwide).

Meanwhile, "Extract’s" Mike Judge hasn’t penned a feature since his “Idiocracy” grossed $495,000 for Fox in 2006. The new film, which Judge wrote and directed, stars Jason Bateman as the personally and professionally challenged head of an herbal-extract manufacturer, with Ben Affleck playing the stoner buddy who gives him bad advice.

It will open on 1,600 screens, with tracking estimates coming in at around $3 million for the four-day Labor Day weekend.