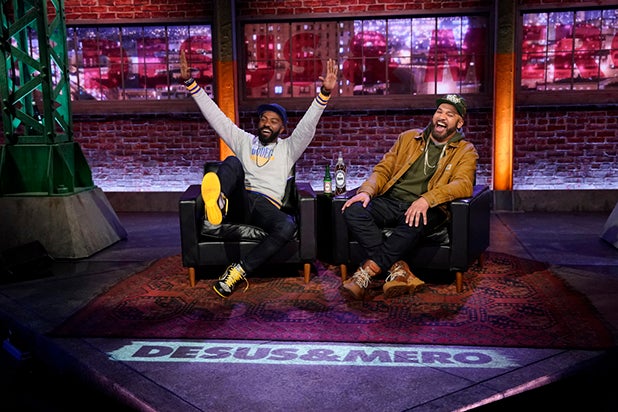 Showtime is doubling down on “Desus & Mero.”

The network’s first late-night talk show is expanding to two nights a week next month, set to air on Monday and Thursday nights beginning May 6. The schedule will continue throughout the summer until its planned hiatus on Monday, August 5.