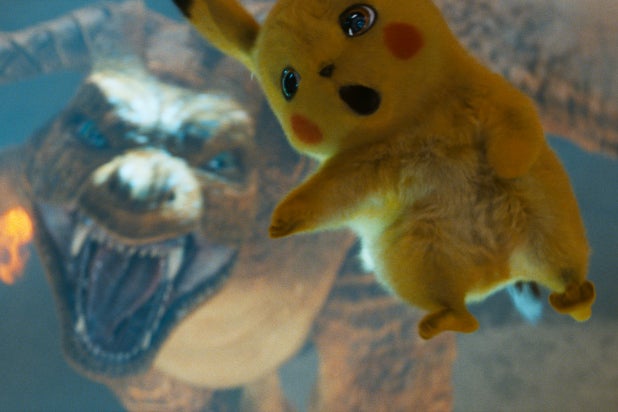 At this point, Pokémon is everything: It’s a card game, a frenzy-inducing mobile app and several long-running anime and manga series. Pokémon’s mascot character Pikachu has helped promote the NWA biopic “Straight Outta Compton,” and in 1998 and again in 2011, several Pokémon were painted on the side of 747 Nippon Airways jets. The Pokémon craze that has swept the planet has perhaps redefined consumerism; franchises now exist in every possible format.

But Pokémon is, first and foremost, a video game. The game’s creator, Satoshi Tajiri, was a bug collector in childhood, and he wanted to give Japanese children a sense of adventure in nature. Tragically, many of the wild places Tajiri explored as a kid were paved over in a rapidly developing Japan. It’s a melancholy origin to be sure, but after a lot of hurdles, Tajiri delivered with “Pokémon Red” and “Pokémon Blue,” monster-collecting video games originally released in 1996 in Japan for the Nintendo Gameboy. Unfortunately, the mechanics that often make a video game fun and meaningful don’t always translate to a good story.

“Detective Pikachu” is Pokémon’s first real foray into live-action cinema, and for me, as a long-time fan of the games, it starts strong. Former Pokémon enthusiast Tim (Justice Smith, “Jurassic World: Fallen Kingdom”) works in insurance and has lost much of his joie de vivre since the death of his mother and the absence of his father, who now works as a detective in nearby Ryme City. A friend tries to spark some joy by tricking Tim into catching a wild Cubone, with bone-shattering results.

In these early moments of the movie, being a Pokémon trainer functions as a metaphor for the ebullience of childhood, which Tim has lost as he’s grown up. But unfortunately, the game-play elements that make the series a favorite (exploration, catching Pokémon, Pokémon battles) quickly get shoved to the side in favor of a daddy-issues narrative we’ve seen play out in far too many other PG-rated movies.

The dialogue certainly feels like a video game — much like non-player characters in a poorly translated Japanese role-playing game, the characters are constantly explaining exactly what’s happening, how they feel or what Tim has to do next.

This would make sense if it served to build out the world of Pokémon for non-Pokémaniacs, but it typically has more to do with the detective storyline. As such, a friend who had no familiarity with the games told me he had no clue what was going on for half the movie.

Tim eventually travels to Ryme City, a sort of utopia where Pokémon and people live in complete harmony; Pokémon battles are outlawed and must happen in underground clubs. This was a smart way of handling some of the more uneasy aspects of Pokemon: The amount of Pokémon battling that happens in the games can feel like a litany of animal-rights violations if you spend too much time thinking about it. It’s here in Ryme City that we meet our titular hero, Pikachu (voiced by Ryan Reynolds). For those of you who don’t know, Pikachu is a mouse that can fire thunderous blasts of electricity out of his body, a Mickey for our violence-hungry, post-Chernobyl hyperreality. Being both animalistic and electric, Pikachu’s also a perfect metonym for the larger universe of digital video game creatures.

Pikachu and Tim have a pretty good chemistry — even for non-Pokémon fans, there are probably a few laughs to be had. The pair eventually encounter a listicle-blogger and wannabe reporter named Lucy Stevens (Kathryn Newton, “Ben Is Back”) whose wide-eyed, cartoonish acting feels right at home in a video-game movie and completely out of place next to Smith and Reynolds. Lucy’s got some leads on a big story that points all the way to the top of Ryme City’s plutocracy; the area is ruled by a mega-corporation which was responsible for the unity between people and Pokémon. Longtime fans of the series will note that the organization’s top exec (played by Bill Nighy) feels a little similar to the character Bill from the original games.

Having watched all of the animated Pokémon movies myself — there are over 20 — I can tell you it’s nearly impossible to tell a meaningful story in the absurd world of Pokémon. There are a few “Get Out”-style plot twists that are worth analysis, and despite being live-action, “Detective Pikachu” confirms through some reveals that it is indeed set in the same dimension as the anime.

But “Detective Pikachu” would’ve worked better if its narrative had existed mostly to build out the world in which it takes place. The Pokémon we do see are well translated, however. Legendary Pokémon fan artist RJ Palmer was brought on board to help with these adaptations, and his assist prompted me to breathe a sigh of relief. But for longtime fans of the series, the CG figures that populate the background of “Detective Pikachu” can often feel repetitive. There are 809 Pokémon currently in canon, and “Detective Pikachu” doesn’t quite succeed at the admittedly monumental task of making me feel that number.

“Detective Pikachu” is at its best in the underground Pokemon battling club, where we watch Blastoise and Gengar duke it out to a bassy soundtrack generated by several noisy tracks from Loudred and Diplo, with the latter making a cameo more or less as himself. But “Detective Pikachu” slogs, and its joys are fleeting, like a battle with a wild Mewtwo that you just can’t seem to catch.

BIO Johnnie JungleGuts
Johnnie JungleGuts (ne John Martin) is a graphic artist an aspiring professional fan perhaps best known for his drawings of Pokemon, which are exhibited in large-scale installations and serve as staging areas for Pokemon tournaments that have occurred in places like LACMA and the Getty Museum. Other accomplishments include co-hosting "Super Gay," a podcast for comic book gays, and appraising a collection of My Little Ponies on an episode of "Storage Wars." His projects are informed by a background in wildlife conservation, which has included hands-on work with mountain lions, wolves, gibbons and sea turtles.

Johnnie JungleGuts (ne John Martin) is a graphic artist an aspiring professional fan perhaps best known for his drawings of Pokemon, which are exhibited in large-scale installations and serve as staging areas for Pokemon tournaments that have occurred in places like LACMA and the Getty Museum. Other accomplishments include co-hosting "Super Gay," a podcast for comic book gays, and appraising a collection of My Little Ponies on an episode of "Storage Wars." His projects are informed by a background in wildlife conservation, which has included hands-on work with mountain lions, wolves, gibbons and sea turtles.