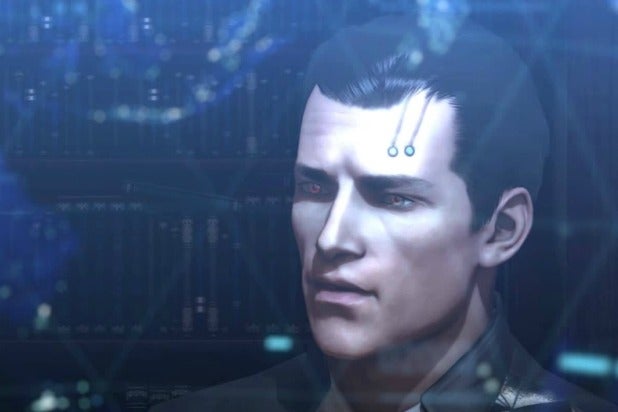 The eternal conflict for the video games industry is one of accessibility.

It may be raking in tens of billions of dollars a year, but the core audience is still relatively small — few games released on consoles like the PlayStation 4 and Xbox One have a shot at selling more than a couple million copies.

There are a number of barriers to entry to the world of video games for those who aren’t “gamers”: complicated controllers and confusing, alienating terminology are big ones. Being a gamer requires a lot of time and effort to learn,in order to know how to play video games and be able to understand what the many game genres mean.

“Deus Ex: Mankind Divided,” for example, is what the game’s director, Jean-Francois Dugas, says is an “action RPG.” That’s a genre label that’s only for video games — if we talked about games the way we talk about movies, we’d call “Deus Ex” a science fiction thriller.

But that’s not what we call it. We call it an action RPG, a term regular people don’t get. Dugas, speaking to TheWrap, said the industry still deals with those terms because it’s ultimately beholden to that small core audience.

“When you look at more of the hardcore players out there, they always want to know what this game is — is it an action RPG, is it an action game, is it an adventure game, is it this, is it that? They need to put it in a box somewhere to understand what they’re going into,” Dugas said. “But when you get more into the broader audience, what they want is cool characters, a great setting that compels them to get into this.”

This is emblematic of the divide between core gamers (the sort of people who play several different new games each year, rather than somebody who just plays the latest “Call of Duty” or “FIFA”) and everyone else. Normal people listen to gamer jargon about framerates and systems and endless other technical weirdness and don’t get it. It’s difficult to market to people when you’re speaking a different language than they are.

Dugas, who works at Eidos Montreal, a game development studio owned by publisher Square Enix, thinks this particular disconnect is only temporary. He described it as a sort of generational gap that will eventually be bridged by the passage of time as more and more kids grow up with games. And as that happens, he said, the language will become clearer.

“I think those kind of complicated or confusing terms are going to fade away slowly but surely,” Dugas said. “It will take time but I think we’ll get there.”

A key part of that progression would be simple assimilation. He compared it to his own dad’s struggle to deal with modern tech.

Also Read: 'Doom' and the Uncanny Valley of Art (Commentary)

“You look at my dad, he still has a hard time using an iPad. There’s nothing I can do about that,” Dugas said. “He comes from a generation where they never had that, and it was not a life context that made him care about these things. He doesn’t understand them, and he’s 72 years old and he’s not going to understand them any time soon.”

He said that the continuing growth of non-traditional game types would assist in that assimilation over time — referencing games like “The Last of Us,” which seem primarily intended to provide the player with a storytelling experience and thus isn’t covered in a ton of complicated systems that would make it hard to get into.

That movement is part of what Dugas described as a maturation of the games industry.

But gaming, no matter how it evolves, is still an active pastime. It’s not a movie, where you can just sit there and accept it without making a tangible physical effort. And that, Dugas said, will always be a problem.

“With a game there are more components that you need to deal with and I think no matter what the subject is for a game, that will always be a barrier for some people.”

Also Read: 20 Most Disappointing Video Games of All Time (Photos)

Over the half-hour in which we spoke, Dugas more than once responded to my incessant prying with the refrain that there are no easy answers to be found in this discussion. Which is certainly true, and the answers he did provide demonstrate that.

The bad news, of course, is that the two of us aren’t the only ones lacking answers today. Which means that what Dugas said he ultimately cares the most about delivering in a video game experience — “making players explore different aspects of who we are” — is for now still complicated by all the things that keep a wider audience from embracing gaming in full.
For now, we have an industry that has to make sure those who already do embrace it keep on doing so.