This is a typical story about a small-town girl who wants nothing more than to take off her clothes in front of strangers and relate it in a raunchy Internet blog, but ends up getting discovered and asked to write a screenplay, which becomes the hit movie “Juno” and wins her an Academy Award. OK, maybe it’s not so typical, but for Diablo Cody, whose new film, “Jennifer’s Body,” opens this weekend, it’s all kind of mind-numbingly real. She talks with Eric Estrin about how she punked the Hollywood establishment, her pressure-filled follow-up act, and what can happen when you tell your daughter to cross her legs.

You know, I was really not planning to do a lot with my life. I was really just blogging and writing for my own pleasure. And I was lucky enough to be spotted by somebody who had connections and said, I think you could write a movie; I think you could be doing more than what you’re doing. It took somebody else’s ambition to get me started. 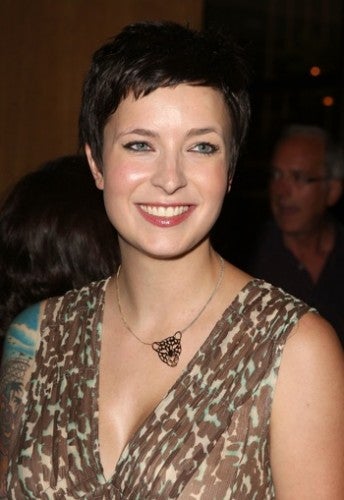 To me what makes this especially funny is that I spent years making an ass out of myself before I became a public figure, so that’s part of who I am. I don’t think there is a detail of my life in my twenties that I did not share with anyone who cared to know. I had this kind of dirty, weird little blog called The Pussy Ranch. It was a little like an experiment, like I was an open source human in some way.

I think maybe it comes from growing up in a fairly conservative atmosphere and being shushed all the time. Then you grow up and say, Oh, I wasn’t allowed to see R-rated movies, so now I’m going to make them.

I was always being told to cross my legs when I sat down; well, now I’m gonna take my pants off. The blog was an opportunity to try on a totally different persona. I just invented this name and this life and ran with it.

I never had a big audience in mind when I started writing it, but then a lot of people started reading it and getting in touch with me — some normal, some totally creepy and disingenuous. Luckily, the guy who wound up being my manager and producing partner was the real deal. That’s Mason Novick, who I still work with.

At first I didn’t trust him at all. I ignored his first few emails. When you are representing yourself in the way that I was, you can’t really trust anybody who contacts you. It’s like, they’re probably a pervert or just not trustworthy. But he was so professional and all business. He just wanted to make movies.

I said, Screenwriting is not that interesting to me. To be honest, I was enjoying the kind of gonzo sex writing that I was doing. But he said, No, writing a movie is easy. If you can pull this off just once, you won’t really have to work anymore. You can sit outside and write every day. And I thought, that doesn’t sound so bad. I’ll take a crack at this.

I had nothing to lose. By the time I started writing “Juno” I had quit stripping and started working as a temp at an insurance company, processing insurance claims over the phone. And my lunch hour would roll around; there wasn’t really anything else to do. I was like in this industrial office park in the middle of nowhere, so I would just work on “Juno” every day on my lunch hour. It was pleasurable to me.

Now, every time I sit down to write something there’s money at stake; my reputation is at stake; I have to think about how the actors are going to interpret it; it’s not play any more. But at that time, what did I have to worry about? That one dude in California might not like it? So I just kind of went nuts. I think that’s why a lot of the dialogue is so stylized and bizarre — because I was just playing with words.

Mine is a a pretty f—ed up story, and I’m especially cognizant of that now.

To win an Academy Award for my first script — it just doesn’t work that way. It’s still funny to me. I feel like I kind of punked the establishment or something.