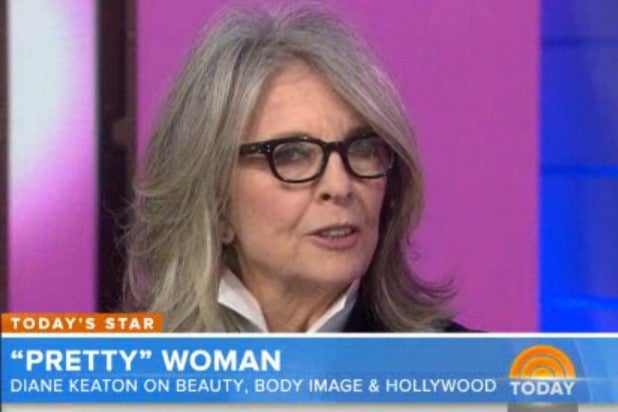 “No, of course not. You have to look at my life this way: he gave me my opportunity to be here and talk to you,” she told “Today” anchor Matt Lauer Tuesday. “It’s all because of Woody Allen. Believe me, where would I be? Oh my god, I can’t even imagine.”

Keaton, promoting her new book “Let’s Just Say It Wasn’t Pretty,” added of Allen: “I don’t know what would have happened to me without him. I mean, he wrote ‘Annie Hall.’ Are you kidding me? I mean, it was the greatest gift that was ever given to me by anyone professionally. He’s a genius. He’s a genius of a great sort. I’m not trying to say he’s Picasso, but he’s a great writer.”

Allen’s award helped reignite allegations that he molested his adopted daughter, Dylan Farrow. Soon after he received the award, she and her family began criticized Allen anew, and Farrow wrote for the first time about what she says happened.

Allen has denied the allegations for two decades.

Keaton, who dated Allen years ago, was full of praise Tuesday. Her new book is about beauty, so she said she looked at pictures of Lauer to say what was beautiful about him. Her conclusions: He has a “nice body,” and particularly a “nice chest.” Lauer said he found her “beautiful and fascinating.”