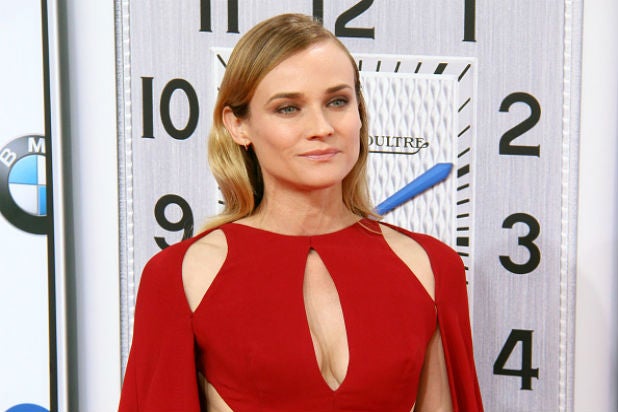 “The Infiltrator” star Diane Kruger is speaking out about Hollywood’s gender pay gap, saying she has “yet to be paid the same amount as a male costar.

“And absolutely I’ve been labeled a bitch, or difficult to work with, when I’ve spoken up about something. Or it’s, ‘She doesn’t really know what she’s talking about,'” she said in the new issue of Town & Country.

Kruger also talked about realizing that early in her career, she has allowed her success to go to her head.

“I had become arrogant,” she said. “I had been a model, I spoke three languages, I had a career. I felt I had it all figured out. And then I realized that I was living this very privileged life in my own bubble that I created and I [didn’t] know anything about what [was] really going on in the world and I didn’t ask enough questions.”

“I made a lot of different choices,” she continued. “I cut people out of my life who I felt were enabling my bubble.”

Kruger appears with Bryan Cranston in “The Infiltrator,” which is based on the true story of a U.S. Customs Agent who went undercover as a money launderer for Pablo Escobar’s Medellin Cartel.

She has also appeared in Quentin Tarantino‘s “Inglorious Basterds,” played Helen of Troy in “Troy,” and starred opposite Nicolas Cage in the “National Treasure” franchise.