A documentary is in the works on the life and career of Diane Warren, the prolific songwriter behind countless hits with dozens of legendary artists.

The untitled feature film, which is currently in production, will chronicle how Warren came to cement her place in music history by looking at archival footage and intimate interviews from throughout her career. The documentary will be filmed in cinéma vérité style and will trace Warren’s process and work ethic dating back to when she was 14. 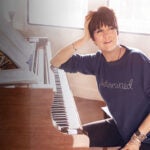 “I know there are a lot of music documentaries, but this is the first one about me! I am looking forward to ‘turning back time’ (see what I did there) and sharing my story. There will be looking back and there will also be looking forward, which to me is always the most exciting part,” Warren said in a statement.

In all, Warren has penned nine No. 1 hits and 32 songs that have hit the Top 10 on the Billboard Hot 100 chart. She was inducted into the Songwriters Hall of Fame in 2001 and has a star on the Hollywood Walk of Fame. She’s also been nominated for 15 Grammys, and her songs have appeared in over 100 films, netting her 12 Oscar nominations but, inexplicably, no wins. 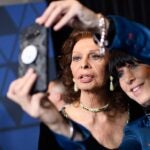 Also Read:
Diane Warren on Which of Her 12 Oscar-Nominated Songs She Absolutely Thought Would Win

In speaking to TheWrap ahead of last month’s Academy Awards — where she was nominated for the song “Io Sí (Seen)” from the Netflix film “The Life Ahead” — Warren reflected on every Oscar-nominated song she’s written and shared which ones she really thought would win. You can read that interview here.

The documentary is executive produced by Bryn Mooser, Kathryn Everett and Justin Lacob for XTR, Todd Garner for Broken Road and Risa Shapiro.

“With the popularity of music documentaries exploding, it’s finally time to tell the story of this prolific and legendary songwriter who has powered many superstars to the top of the charts. Diane Warren is one of the most prodigious, accomplished songwriters of our time,” Justin Lacob, head of development at XTR, said in a statement. “This documentary gives an intimate look at all aspects of her life and career to pay homage to an unparalleled talent in the music and entertainment industry.”

“Having worked with Diane on four of the movies of her Oscar nominated songs, I have such a deep appreciation and love of Diane and her unparalleled talent,” Todd Garner, executive producer, said in a statement. “I am truly excited for the rest of the world to see not only her process, but to dig deeper into where these incredible songs come from.”

“Diane’s impact on our culture has been profound and transcends generations of music fans — I remember (with great fondness) singing her hit songs a cappella as a college student,” Kargman said. “It is an honor to chronicle her inspiring story and document the life and career of the most prolific songwriter of our time for this film.”

Warren is the sole owner of her publishing company Realsongs. Her newest original song is “Somehow You Do,” which is performed by Reba McEntire and was written for the recently released feature film “Four Good Days.”