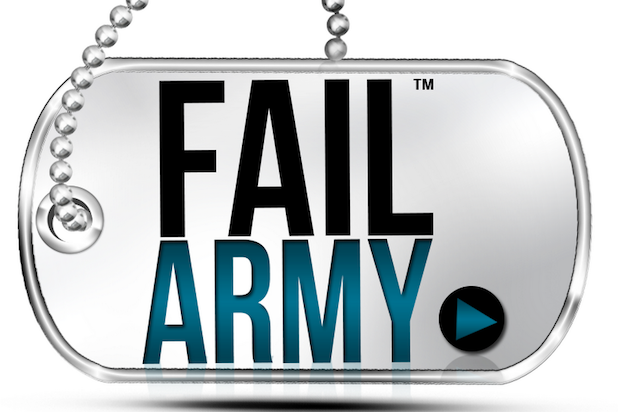 In an announcement on Monday at MIPTV, the companies are moving forward on 20 half-hour TV episodes based on the YouTube channel. DCP International will finance and distribute the format worldwide with Jukin Media to serve as its producer.

FailArmy highlights funny web videos of people making mistakes and finding themselves in awkward situations — the web’s best “fails.” Launched in July 2011, FailArmy has accumulated nearly 5 million subscribers and one billion total views and is one of the the Top 100 channels on YouTube.

“An ouch is still an ouch in any language and that is one of the reasons why FailArmy performs extremely well globally with more than half of our web traffic coming from outside the U.S,” said Jukin Media CEO and founder, Jon Skogmo, in a statement. “By partnering with dcp and making FailArmy a true pan-platform show, we are able to bring our loyal global viewers the fails and funny videos they love while reaching new, television audiences.”

FailArmy is the first property announced by dcp International since the division was formed in January.

“As dcp looks to expand our international distribution, we are looking for properties that resonate with today’s global audiences,” said DCP International’s executive vice president, Mark Rafalowski. “FailArmy gives us the opportunity to grow our television business by creating a show that connects with a global viral video audience.