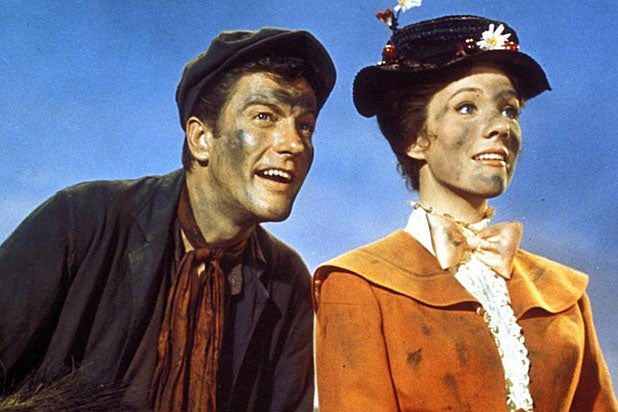 When “Mary Poppins” returns to the big screen on Christmas Day 2018, so will Dick Van Dyke.

While he won’t play beloved chimney sweep Bert, who swept generations of viewers off their feet with Julie Andrews in the original 1964 movie, the 91-year-old actor will get to show off his dance moves.

“I’ll be going to London in the spring to do my role, and I get to do a little song and dance number,” Van Dyke told ET. “I gotta be a part of it.”

The actor, comedian, singer, dancer, writer and producer also played the elderly, bearded bank manager Mr. Dawes in the original film that has since become a holiday classic.

For the reboot, he will have a far more simpler role, however, as the banker’s son.

“This time there’s no four hours in the makeup chair, I grew into the part,” Van Dyke said. “I don’t have to wear makeup at all!”