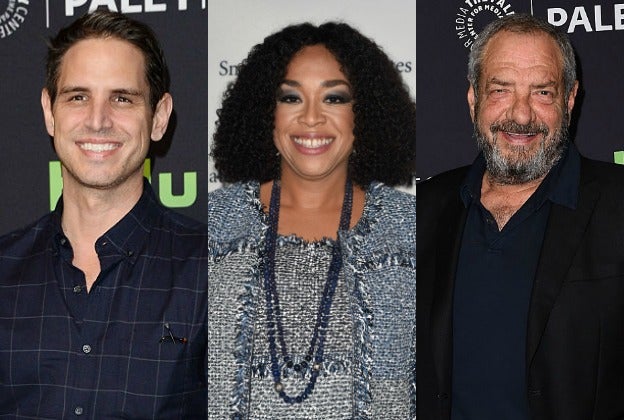 NBC may eventually run out of stories to tell about Chicago. But not next season.

And the former “Law & Order” overseer has some company. Shonda Rhimes will still have command of ABC’s entire Thursday lineup once “Scandal” returns in midseason following star Kerry Washington‘s pregnancy. And Greg Berlanti will be producing 40 percent of The CW’s lineup, now that “Supergirl” and “Riverdale” will join “The Flash” and “Arrow.”

“The networks seem to be going to the same wells over and over again,” Tom Nunan, a film producer and former network boss who teaches at the School of Theater Film and Television at UCLA, told TheWrap. “We’ve never seen so much of the networks controlled by three people.”

The takeaway from the new fall schedules presented at the TV upfronts in New York City this week is that broadcasters have shed their desire to be more like cable networks, with their edgy, critically lauded, Twitter-friendly programs. Instead, broadcasters seem to have made a conscious decision to be more like movie studios: Stick with the safe and reliable.

So in addition to Wolf, Rhimes and Berlanti — broadcast veterans who understand the importance of old concepts like sweeps periods and affiliate relations — networks are turning to established franchises, even if the resulting shows elicit groans from the cool kids’ table.

That’s why CBS is grabbing an update of “MacGyver,” the action show that first ran 30 years ago on ABC. Fox is putting Geena Davis in a TV reboot of “The Exorcist,” a horror film that first premiered more than 40 years ago. “Lethal Weapon,” the ’80s buddy-cop movie franchise, is also getting a retooling from Fox.

As always in the TV business, money is not far away from executives’ programming considerations. Many industry experts expect solid revenue gains this year at the upfronts, where the bulk of TV ad time is sold in advance of the new fall season.

Advertisers seem ready to embrace network television as perhaps the only place where tens of millions of consumers can be reached in one 30-second spot. That’s put broadcasters in a low-risk frame of mind: The money is there, so why gamble on edgy programming that has a much lower chance of success? Critics might not love it, but the sales department surely will.

Of course, that’s not the most inspiring takeaway, especially for viewers who crave groundbreaking fare — and the writer-producers who aspire to create it. “It’s not a great message to send to the community,” Nunan said.

But in an industry wracked by uncertainty, it may be a reality that TV will have to settle for right now.

PaleyFest: Stars Gather for 'An Evening With Dick Wolf' (Photos)