The 20th season of “Survivor” is concluded, the first two-time winner has been crowned, Russell Hantz is ticked off … and I have some questions.

For instance: did the contestants know before the finale that Sandra Diaz-Twine was going to win? Did Russell have an unfair advantage? And were the producers cheating with some of the interviews in the final episode?

1. Why was Russell talking about things he shouldn’t have known?

At one point during the final episode, Russell talked to the camera about his strategy as he sat on a cliff overlooking the Samoan coastline. He said he took two weak players with him to the final tribal council when he made it to the final three in “Survivor’s” 19th season, which was also shot in Samoa.   But since that strategy didn’t work, Hantz said, he was taking a different tack for the “Heroes vs. Villains” finale, taking along two players that other contestants didn’t like. 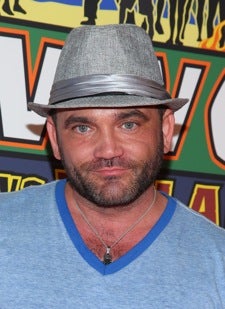 The problem is, “Heroes vs. Villains” was shot before the previous season even aired.  And the "Survivor" winner isn’t revealed until the finale episode airs, months after the shoot.  At the time that Russell appeared to be talking about how he’d changed his strategy, he wouldn’t have known that the strategy didn’t work the first time around. (And judging by his look of shock when Natalie White won the vote the first time he played, he was not expecting that first loss.)

My initial hunch was that that particular interview – and another one with Parvati in the same spot – was actually shot after the fact, maybe against a green screen, with Hantz talking as if he were still in the game.

A CBS spokesperson, though, flatly says that "Survivor" has never shot green screen interviews after the fact. Through the network, a show producer says that Hantz did the interview talking about his strategy as if he’d won season 19 — and then said, "I don’t want to jinx it," and made additional comments that would work in case he lost.

Of course, this requires Hantz to sell his approach as a continuation of his winning strategy, and then turn around and sell it as a reaction to his losing one … which certainly reinforces the idea that you can’t believe a lot of what’s said in those interviews.

2. Did the contestants know the results before Jeff Probst announced them?

With its extraordinarily active Internet community, “Survivor” has always dealt with spoilers. But this season was particularly plagued by a leak that clearly came from inside the production: early in the season, a poster on the “Survivor Sucks” message board revealed the entire list of which players would be sent home each week, along with the fact that Diaz-Twine would win and Hantz wouldn’t receive a single vote.

Sure, incorrect spoilers were also floating around the web – but by the midway point of the season, it was pretty clear to anybody paying attention that the leaked “boot list” was correct. And the list didn’t just stay on message boards devoted to spoilers, but was also posted in the comments that followed host Jeff Probst’s blog at the Entertainment Weekly website.

I knew the results about six weeks before the finale; I think my son knew about two months early. And if I knew, is it crazy to think that the contestants themselves, who obviously had much more at stake, wouldn’t have nosed around and found the same info long before the finale?

Maybe they didn’t know. But Russell seemed stunned to lose the first time around; this time, he seemed resigned to it.  I’m guessing that Hantz was prepared, and that he wasn’t the only one.

3. Did Russell have an unfair advantage?

The format of the season pitted players from past “Survivor” seasons against each other, meaning that every contestant on the show was a known quantity: if you’d been watching, you’d know their preferred strategies, their strengths and weaknesses.

But since Hantz’s season had yet to air when the “Heroes vs. Villains” taping took place, none of the other contestants had seen his m.o., which was to scheme, connive and manipulate other players to a nearly unprecedented degree. You can certainly argue that if they had seen his season, the other contestants would have voted him out in the early going – and it’s crazy to think that J.T. would have slipped Russell his “hidden immunity idol” if he had known that Hantz was a) completely untrustworthy, and b) amazingly skilled at finding those idols on his own.

Jeff Probst has said that the other survivors were told, before the game started, to assume that there was a good reason Russell was chosen as one of the five greatest male villains in “Survivor” history. But that’s not the same as seeing him in action.

4. Did Russell have an unfair disadvantage?

On the other hand … Since Hantz went straight into his second “Survivor” experience thinking, it seems, that he’d won his first one, he might have been misled into sticking with a strategy that failed him in the end the first time around.

Was he was convinced that being an arrogant, abrasive puppet-master was a path not only to the finals but to victory? Yeah, he probably was.

Would he have changed if he knew that the strategy had failed the first time around, that people won’t vote for you if you make them hate you? Probably not. Old dog/new tricks, you understand.

5. How can somebody so brilliant at one aspect of the game be so stupid about another aspect?

Unquestionably, Hantz is a master at scheming and manipulating his way to the final tribal council. He knows how to play alliances against each other, how to lure people in and then cut them loose, how to identify threats and take out anybody who crosses him. He is better at that part of the game, perhaps, than anybody who’s ever played “Survivor” (though I’d like to see how long he would have lasted in the days before hidden immunity idols).

The problem is, that is only one part of “Survivor.” The key to the game – and it can be a maddening, infuriating key – is that once you get to the end, your fate is in the hands of people who probably don’t like you. And if you’re not capable of giving them a reason to put aside those feelings and vote for you, if you’ve spent a month making sure that you’ve insulted, double-crossed, condescended to, pissed off and gloated in the face of everybody on the jury, then you’re going to lose.

Russell is brilliant at the first part of the game. But he has a blinkered ignorance of the second part, which means he can never be given the title he so dearly wants, of the Greatest Survivor Ever.

Hantz thinks he got to the final three because he was calling the shots and running the show. In fact, he may well have gotten there because he’d become the most enticing partner for smart “Survivor” contestants like Sandra and Parvati: the jerk who can’t win, who everybody wants to go up against at the end.

His response to not winning is to try to define the game by reducing it to the part he’s good at, and to say that the problem is with the vote. But as Jeff Probst pointed out, that’s not the problem — it’s the rules. You can master every other aspect of the game, but if you willfully ignore the part that you need to win, then you’re not a great player.

A fascinating, compelling, wildly entertaining loser, but a loser nonetheless.

P.S.: Apologies to Diaz-Twine and Parvati Shallow for these Russell-centric musings. I realize that they got votes at the final tribal council and he didn’t, and I think they deserved to win more than he did.  But let’s face it, this season was all about Russell. So, for the most part, so are these questions.