“Die Hart” and the upcoming second season follow Hart as he plays a fictional version of himself. Tired of being the comedic sidekick, he decides to train at an action school to become a leading man.

The second season of the Roku comedy began production on Wednesday in Atlanta.

Here’s a logline for Season 2, which includes more about the new roles: “After achieving his dream of becoming a bona fide action hero in ‘Die Hart,’ Kevin Hart now wants to cement his legacy as the greatest action star of all time. He’s developed a concept for a revolutionary movie where the action is so unscripted and unexpected that even Kevin won’t know what’s coming next. But Kevin’s myopic dream comes with a blind spot, and he soon finds himself the victim of an evil revenge plot, orchestrated by someone from his past. Kevin must enlist the help of his favorite co-star Jordan King (Nathalie Emmanuel, returning for season 2), his over-eager assistant Andre (Ben Schwartz), Andre’s mom Cynthia (Paula Pell), and legendary Hollywood stuntman Mr. 206 (John Cena) if he wants to survive.” 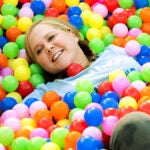 Also Read:
‘Inside Amy Schumer’ Returns After 6-Year Hiatus for Season 5 on Paramount+ This October

The first season, titled “Die Hart,” premiered in May 2021. Roku ordered a second season just one month later, making it the first Roku Original series that the company renewed.

Kevin Hart is, of course, returning to the series to star and executive produce. Eric Appel has returned to direct season 2 of the comedy series, with Tripper Clancy returning to write.

In a statement Wednesday, Appel said: “I’m so happy to be back in Atlanta working with Kevin, Nathalie and our incredible new cast members. The scope of this second season feels a lot bigger — it’s funnier, it’s more action packed, and our fictional version of Kevin Hart is 100 times more petty and selfish in his ongoing quest to become an ‘authentic’ action hero.” 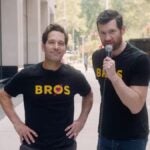