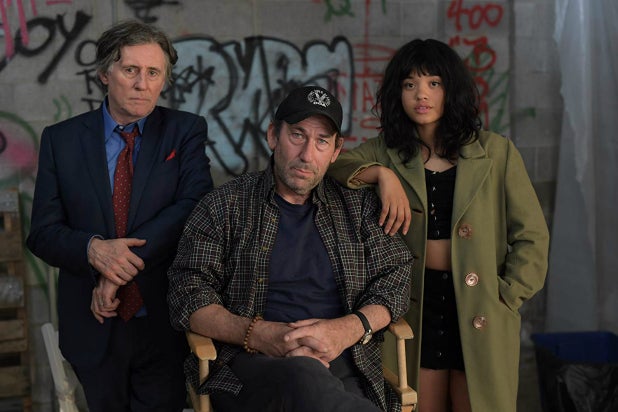 The Securities and Exchange Commission on Tuesday said it has charged director Daniel Adams with fraud in connection to his 2018 film “An L.A. Minute.”

In a Tuesday filing, the SEC accused Adams, along with music producer Michael Flanders, of defrauding two investors and inducing them to invest $160,000 through two companies Adams and Flanders co-founded together: Spiderworx Media LLC and An L.A. Minute LLC.

They obtained the investments, the SEC said, by using a “pattern of lies and deception.”

“Adams and Flanders made multiple material misrepresentations and omissions to at least two investors to induce their investments in defendants’ securities offerings,” the filing reads. “By lying to and misleading these investors, each of the defendants has violated the antifraud provisions of Section 10(b) of the Exchange Act and Rule 10b5(b) thereunder and Section 17(a)(2) of the Securities Act.”

The two launched Spiderworx Media in 2016 as a $50 million fund to produce theatrical films and serve as both a music publisher and P&A fund. “An L.A. Minute” was the first film under that new production company.

The film was released in August 2018 and stars Gabriel Byrne and Kiersey Clemons. It made just $5,004 at the box office in a three-theater release, according to Box Office Mojo.

A synopsis for the film reads, “‘An L.A. Minute is a satirical look at fame, success, the star-making machinery and the karma that attaches to all those who worship at the altar of Celebrity. Best-selling author Ted Gold faces a moral dilemma when Velocity, an avant-garde performance artist and the living embodiment of integrity, rocks his 1% world.”

Adams told TheWrap that his past tax fraud, coupled with financing issues during the production of “An L.A. Minute” led to the SEC inquiry.

“A combination of my past history, a production shutdown we experienced on ‘An L.A. Minute’ a quarter of the way through shooting, and a call to the SEC alerting them to the former two facts, sparked the initial inquiry,” Adams said in an email to TheWrap. “We fully cooperated with the investigation, and provided tens of thousands of documents and all communications with our investors. We also spent many days providing oral depositions. After a year and a half of poring through all of these thousands of documents, the SEC only found two instances wherein they claim there had been a false or misleading statement to two of our smaller investors.”

The SEC said in its Tuesday filing that Adams and Flanders falsely stated to one of the investors for “An L.A. Minute” that they had each invested in the film and would not receive any of the funds being raised until bank financing was obtained. Adams, the SEC said, further misrepresented how investor proceeds had previously been spent and fraudulently stated that the money the investor provided would only be used to pay attorneys. However, according to the SEC’s complaint, Adams and Flanders received $21,062 and $18,500, respectively, from that $60,000 investment, and that $20,000 was paid to an attorney.

The second investor, according to the SEC filing, said he would invest $100,000 with Adams and Flanders only if $200,000 was first raised elsewhere. According to the complaint, Flanders forwarded the investor two fabricated emails Adams had prepared containing a fictitious wire transfer confirmation and a forged signature page, to create the false appearance that $200,000 had been raised from another investor. The complaint alleges that Adams and Flanders personally received $29,000 and $10,000, respectively, from the $100,000 investment.

“After the production shut down, caused by a production loan falling through, we had a choice: Scrap the production — wherein our dozen investors would lose all of their contributions — or work hard with the nearly impossible task of coming up with alternate financing quickly,” Adams said. “We chose the latter, and two months later, the film was back on track.

“By sticking with the production and completing the movie we, in fact, preserved the asset for, and protected the interests of, the two investors that the SEC said were damaged, as well as all the other investors and lenders.”

The SEC said it is seeking injunctive relief, including a conduct-based injunction prohibiting Adams from participating in any unregistered securities transactions, repayment by Adams and Flanders of the illegally obtained funds — with interest — and penalties against all the defendants.

In 2012 Adams pleaded guilty to 10 counts of state tax fraud and larceny for inflating expenses in applications for film tax credits in two movies. He was ordered to pay nearly $4.4 million in restitution to the state of Massachusetts, served 21 months in prison, and was sentenced to 10 years probation.