Actor-director — and tabloid fodder — Adrian Grenier learned a lot about his nemesis, the paparazzi, when he directed the documentary "Teenage Paparazzo."

“I really had to turn the cameras and look at it from all angles," he told TheWrap about the Sundance hit, about his relationship with then-13-year-old photographer Austin Visschedyk. The film was just picked up by HBO for fall airing. 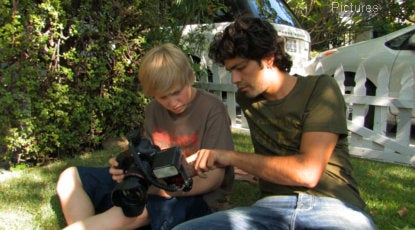 “One thing that was most interesting about my exploration was how much I learned about myself," he said. "Ironically, I was doing the documentary trying to learn about paparazzi — and Austin in particular — but in fact, he had a lot to teach me about myself.”

One key message of the film, he said, is that “this sort of exploitation is, I think, on some level all of our responsibility. We all play a role in the tabloid media."

“It’s too easy to simply point the finger, although it’s fun to do that, to really indulge in that type of stone-throwing,” he said with a laugh. “But I got to do it the opposite way. I was really appreciative of having taken a cue from the tabloids on how to turn the cameras appropriately.”

The teen pap came to Grenier’s attention when he was snapped by Visschedyk outside a restaurant. Grenier was curious about the youngster, who seemed so out-of-place among the throng of photographers, and befriended him, eventually turning the camera on the cameraman.

Grenier said Visschedyk has “really sort of moved on" from that line of work and is “looking to go to college.”

Grenier, however, isn’t moving on from working behind the camera any time soon.

In a swap with his “Paparazzo” producer, Matthew Cook, Grenier is producing Cook’s directorial effort “How to Make Money Selling Drugs,” a documentary about the war on drugs since its inception. “We’re kind of a tag team,” Grenier said.

“I’ve always directed in my free time, and I’ve acted as well,” he said. “As I get older and more experienced and more mature, my projects become more sophisticated and more enjoyable. I’ve made films that are not for the faint of heart, and some that only me and my friends would want to see.

“But as I get older, films like ‘Teenage Paparazzo’ come to me. One thing that I can say about ‘Teenage Paparazzo’ is it’s a very accessible film about tabloids. And contrary to what a lot of people might think, I think it’s a fair piece, as best as I could be, to the paparazzi and that mode of exploitation.

“Sure, on a sort of initial fundamental level, individuals have responsibility for being paparazzi and doing what they do," Grenier said. "But there is a much wider influence that we are all sort of part of.

“I think it’s all about personal choice, not only for celebrities but for the paparazzi to choose to do what they do, with respect or not. And it’s also the choice of people to have a look at the magazines, or buy them, or tune in.

“That is a huge theme in the film, the idea of choice and personal responsibility." 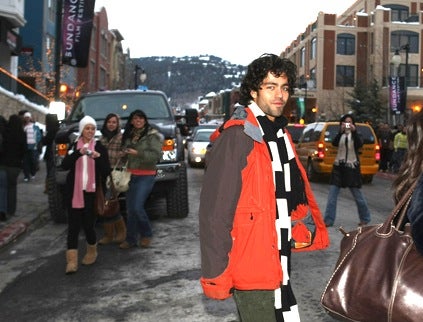 Coincidentally, Grenier’s film wasn’t the only one at this year’s Sundance about paparazzi. Leon Gast’s “Smash His Camera,” winner of the U.S. documentary prize at the festival, profiles super-pap Ron Galella, best known for his ongoing standoff with Jacqueline Onassis. Gast focuses on the confrontational photog’s relationship with his subjects and the First Amendment.

Grenier said he didn’t get to see “Smash His Camera,” but said he and Gast “decided we’re going to have a mutual sharing experience in New York when I’m back. We’re going to screen both films for each other.”

Returning to the subject of his day job, he spoke toTheWrap during a break from working on the first episode of “Entourage’s” 10-episode seventh season for HBO.

“It’s exciting, because Vince is in a new movie called ‘The Takeover,’ and there’s a huge stunt, and Nick Cassavetes is directing the film in the show, and also playing himself, as he does best.

“Stuff gets blown up, there are monsters, and Vince actually does his own stunts."