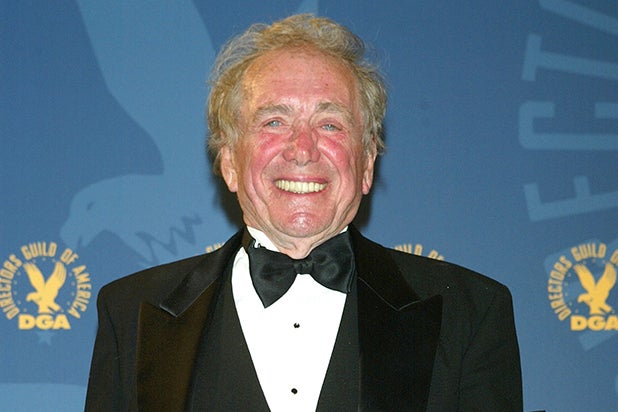 Joseph Sargent, the director of the original film adaptation of “The Taking of Pelham 123,” died on Monday at his home in Malibu, California as the result of complications from chronic obstructive pulmonary disease. He was 89.

A prolific director who got his start in the 1950s, Sargent has more Emmy wins for television films or mini-series than any other director. He took home four Emmy awards for directing out of nine total nominations. He also won four Directors Guild of America awards out of nine nominations.

The DGA proudly noted of the late director, “Joseph Sargent has been nominated for nine DGA Awards, winning four times; in 1973 as Most Outstanding TV Director 1973 and for ‘The Marcus Nelson Murders,’ also in 1973; in 2004 for ‘Something the Lord Made,’ and in 2006 for ‘Warm Springs.”

“When it comes to directing Movies for Television, Joe’s dominance and craftsmanship was legendary — for the past 50 years,” said DGA president Paris Barclay in a statement. “Joe embodied directorial excellence on the small screen. He was unafraid of taking risks, believing in his heart that television audiences demanded the highest quality stories – whether chronicling uncomfortable historic events like the infamous Tuskegee syphilis study in ‘Miss Evers’ Boys,’ or compelling personal stories about inspiring individuals like heart surgery pioneers Alfred Blalock and Vivien Thomas in ‘Something the Lord Made,’ his biographies demonstrated an exactitude for period accuracy while simultaneously infusing historical figures with true-to-life spirit and passion. Joe once said that he was ‘drawn to projects possessing “edge” — material that can make some comment or contribution to the condition of man,’ and it is this ‘edge’ that is his enduring directorial legacy.”

A member of the DGA for over 53 years, Sargent spent much of the last decade as the Senior Filmmaker-in-Residence for the Directing program at the American Film Institute Conservatory in Los Angeles, and as the first professor of a Masters program in film directing at Pepperdine University in Malibu.

After a short career as an actor, appearing in “From Here to Eternity” and “Tobruk,” Sargent switched to directing in the mid-1950s. Along with his prolific work on films and mini-series, he directed several television episodes throughout his career, including “Star Trek,” “The Man from U.N.C.L.E.,” “The Invaders” and “Lassie.”

Sargent is survived by his wife of 44 years, Carolyn Nelson Sargent and two daughters, Lia Sargent and Athena Sargent Sergneri (both from a prior marriage to actress Mary Carver).