Before "500 Days of Summer" premiered at the Sundance Film Festival this year, director Marc Webb admitted to a packed theater that he had once worked as a volunteer at the fest when he was a senior in high school, valet parking cars for Sundance founder Robert Redford. A few months later, Webb’s directorial debut is already generating the type of buzz typically reserved for Hollywood veterans. After its premiere at Sundance, the film was hailed by Variety as one that could prove to be a "real commercial winner with young audiences," furthering Fox Searchlight’s development of "something akin to such a style, or at least a keen feel for the tastes of its bright and youthful niche audience."

"500 Days," which opens July 17, tells the story of a young man who writes greeting cards (Joseph Gordon-Levitt) who becomes smitten with his co-worker (Zooey Deschanel). Webb’s background is as a music video director — he won a few MTV VMA’s for his work for bands like the All-American Rejects and Weezer. He talked to TheWrap about overcoming the stigma of being a first-time director, the importance of film festivals and what the heck the word "indie" means. 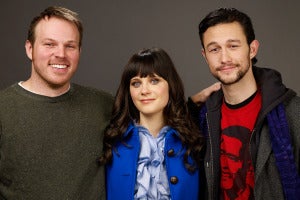 What was it like being aligned with Fox Searchlight after the recent success of their indie darling "Slumdog Millionaire?"

We developed the movie with them, and when we shot the film they let us do what we wanted. They trade paying you a lot of money for creative control, so films that come out of there tend to be filmmaker-driven. We collaborated with them and we had disagreements, but I was never forced or coerced into something I thought was a bad idea. But Fox Searchlight is not an independent entity. It’s owned by News Corp and Rupert Murdoch, and that’s who has autonomy. So it’s not really an indie movie in the strictest sense of the word.

What does "indie" even mean nowadays?

Indie is a fake word. I don’t even know what it means. I think to others, it means low-budget. To me, it’s sort of insulting. It’s like the word "hipster" — no one will claim to be a hipster, and if they do, you should punch them in the face.

Yikes. Are there any positive connotations to the word?

Indie comes from independent — a little movie that people find money to make that’s outside of the studio system. Searchlight was generated because there was a demand for these smaller movies that have a soul and a spirit that tends to appeal to a smaller group of people.

Even though the film was with Fox Searchlight when it debuted at Sundance earlier this year, it was the talk of the festival. In what way can films still benefit from festivals when they already have distribution set?

I think film festivals are hugely important, especially now in the days of the Internet. It gives you a platform to showcase smaller films that don’t contain huge movie stars. It gives you a warm setting that can embrace a film and generate buzz that will travel over the internet in a way that you couldn’t even five or 10 minutes ago. The film is allowed to speak for itself, rather than the marketing campaign doing that job.

Before you read this script, you weren’t a big fan of the romantic comedy genre. Why not?

I think at the heart of romantic comedies, there is usually a genuine desire to explore relationships. I just didn’t connect with them because many times they feel like paint-by-numbers situations. She likes cats and he likes dogs, how are they ever gonna get along? A lot of times, it’s pure wish fulfillment. What does that have to do with my life?

How does your film avoid that trite formula?

For a movie to stay with people, it has to deal with truth and still have some hopefulness in it. We thought that there are enough odd situations in the very basic minutiae of every relationship to make an interesting movie.

You were a music video director before this — how do the two mediums vary?

When you’re doing a music video, you tend to think in terms of shots and very specific images and with a film, you have to track the emotional continuity of the actors. You have an obligation to the actors to make them feel safe and put them in those roles. Actors have opinions about their characters that are really thought out, and it’s different when the musician is playing himself. But ultimately, you’re still trying to communicate a story and make people feel something through images and sound. 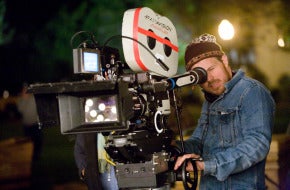 Is that a traditional path — going from music videos to film?

I got an agent who hooked me up with producers who are curious about visual storytelling. You can deduce a director’s specialities by looking at his or her music videos.

Was it hard to overcome the stigma of being a first-time director?

Because I had done music videos, I knew how to talk to crew members, so that helped a little bit. I worked for three or four months on a big scroll detailing the timeline of the film and the couple’s relationship that I included in a presentation to Fox Searchlight. I wanted the studio to really know I cared and prove it to them, that it’d be dumb for us not to make this movie. But actors who don’t know what kind of films you’ve made have a hard time trusting you. So the casting part can be tricky.

Were Joseph and Zooey your first picks?

They were the right people. We certainly had conversations about a variety of people, but the studio felt good about them.

Both of them come from a so-called "indie" film background — was that important to you?

What was important to me was that they were good actors. There needed to be chemistry and a dynamic between them. And they didn’t have any baggage because they weren’t over-exposed or in the tabloids.

Yeah, but we’ll see how it plays. I don’t think that there’s a limit to who will like this film. I don’t think any demographic will reject it. It’s pleasant for people to sit through, and it’s a relatable situation about two very compelling people. What’s been most surprising to me is that young men are embracing the film even more than women.

Yeah, the stereotypical gender roles are switched in the film — it’s the guy being dumped. Why haven’t we seen that since the days of John Cusack movies?

I think it’s become more acceptable to audiences now to realize that there can be a man who has emotions and who has testosterone. Just because he has feelings, he’s not some kind of pathetic loser.