In a blow to streamers for their awards hopes, the Directors Guild of America has decided to return to its old rules and require that films must receive an exclusive theatrical release in order to be eligible for the top DGA Award.

The DGA Awards also set the date for its 74th annual show, which will now take place March 12, 2022.

In order to be nominated for the Outstanding Directorial Achievement in Theatrical Feature Film Award, films released after June 15, 2021 must now have an exclusive theatrical run of at least seven days before any other exhibition. 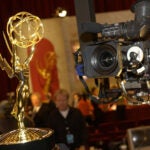 The rule was first announced in 2019 and meant that films released “day and date” were not eligible for the top prize. The Directors Guild suspended that rule during the pandemic but had said at the time the rule would be reinstated.

This year’s eligibility period will run from March 1 – December 31, 2021. The first-run theatrical exhibition rule will only apply to movies released on June 15 or later, which is the date that movie theaters were once again operating at full capacity in Los Angeles and New York. For theatrical feature films released March 1 – June 14, 2021, the limited exception will still apply.

“After over a year of darkness, theater marquees lighting up across our nation have been a welcome sight for our healing communities,” DGA president Thomas Schlamme said in a statement. “We celebrate the return of the important role that theatrical cinema plays in bringing together audiences as they collectively experience films as the filmmakers intended them to be viewed.”