Warner Bros. Discovery Inc. issued first-quarter results Tuesday for the company’s Discovery cable business that included the addition of 2 million streaming subscribers, assuaging fears that Hollywood’s streaming strategy was in jeopardy after Netflix warned some millions of paying customers may cancel in the months ahead.

In the first earnings report since Discovery’s $43 billion acquisition of the iconic Warner Bros. studios, the entertainment giant reported the former Discover business reported that profit increased to $456 million, compared with $140 million, in the year-ago period , while revenue jumped 13% to nearly $3.2 billion.

Subscriber numbers — a key metric on Wall Street to determine how streaming services are performing, and carry more weight for investors than profit and revenue figures — brought Discovery+ customers to a total of 24 million. Last week, former WarnerMedia parent company AT&T reported the total number for HBO and HBO Max increased subscribers by 11.8 million to 76.8 million during the quarter. 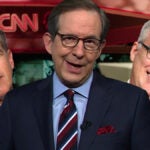 Also Read:
Chris Wallace and Other CNN+ Hosts Are Jockeying for Broadcast Slots as Streamer Implodes

The entertainment giant’s first quarterly report comes amid criticism the industry made expensive wrong-way bets that consumers would quickly embrace a streaming future. Warner Bros. Discovery officially became a new company on April 8, and 11 days later Netflix shocked Wall Street by reporting 200,000 subscribers cancelled accounts during the first quarter. It marked the first time in more than a decade the company lost subscribers, which management forecasts might snowball into the millions by June.

David Zaslav, the longtime Discovery chief who now heads Warner Bros. Discovery, exacerbated concerns with the April 11 announcement CNN+ was being shuttered just three weeks after launch. The company spent $300 million to build the streamer, which only achieved an estimated 150,000 subscribers.

“I know we have the resources but we can plan on being careful and judicious,” he said during the company’s conference with analysts after the earnings were released.“ As you’ve heard me say, we are not trying to win the direct-to-consumer spending war,” the WBD CEO said, instead promising that the newly combined WarnerMedia-Discovery company would “invest in scale smartly.”

He added that the company is diversified with “linear, and “uses every leg of the stock so its not dependent on one” and vowed the new careful about how it deploys cash. 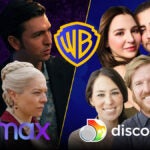 Shares of Warner Bros. Discovery opened 8 percent higher at 19.86. The stock, trading under the “WBD” ticker symbol on the New York Stock Exchange, has traded in a range of $19.95 to $39.70 with the current market valuation hovering at $52 billion.

Warner Bros. Discovery was seen in Hollywood as a strong competitor against industry leaders Disney and Netflix. Disney is Hollywood’s biggest company with a $218 billion stock market valuation, while Netflix is second with a $92 billion value despite the $50 billion wiped out in last week’s selloff.

The combination melds some of the most storied films from Warner Bros.’s archives with Discovery’s networks that focus mostly on hit reality shows on HGTV, Food Network, TLC and others. Besides the networks, the new company also controls cable news channel CNN, and the HBO and Discovery streaming platforms.

The deal came together after AT&T decided last year to unravel its entertainment-oriented holdings to focus on phone and internet service. Zaslav quickly reached out to the telephone giant, laying out ambitious plans to potential build a “Netflix killer” where the new company’s movies, reality shows, documentaries and news are all bundled under one banner.

The CEO pledged at least $3 billion of cost savings, much that of expected to come with layoffs among the combined companies’ more than 30,000 employees.

Disney, a major rival, said building a streaming service helped it attract subscribers by leaning on its franchises, such as “Star Wars” or Marvel franchise films, to suit the needs of fans and keep them as customers. Analysts believe while Netflix certainly had a head start, the amount of new competition means there’s now a limited number of subscribers that each will be able to maintain.