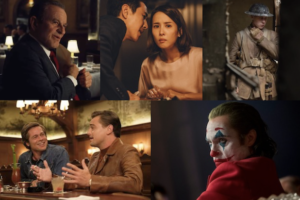 How the 5 Oscar Front-Runners Can Win

“We couldn’t be more excited,” he said. “We think that Chip and Jo represent the values that America’s looking for. They’re developing fantastic content, and they see the world through a certain lens that we’ll be bringing to everyone in America and around the world.”

Also Read: Joanna Gaines Is Getting Her Own Cooking Show on Magnolia Network

To make room for Magnolia, a joint venture between Discovery and the husband and wife duo, Discovery is rebranding its DIY Network. The Gaineses will serve as chief creative officers of the Magnolia network, with former HGTV boss Allison Page serving as president.

Among the new channel’s initial slate of programming are a new cooking show from Joanna Gaines, the six-episode reality series “Home on the Road” (working title), which follows the husband and wife tandem of Abner Ramirez and Amanda Sudano Ramirez as they tour North America with their band JOHNNYSWIM.

And if you’re a ”Game of Thrones“ or Marvel TV fan, this really wasn’t your year