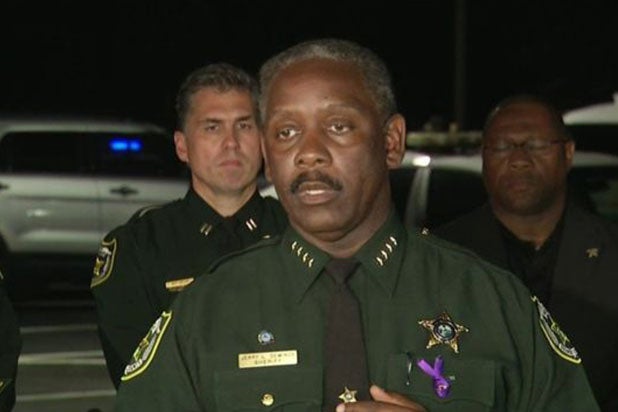 A Florida sheriff said a toddler is dead after being dragged into a lagoon by an alligator at Walt Disney World’s Grand Floridian resort on Tuesday night, although no body has been found.

“There’s no question they will lose a 2-year-old child,” Sheriff Jerry Demings said during a press conference on Wednesday. “It has been 15 hours since, we are working on recovering the body of the child at this point. The ultimate goal is to bring closure to the family.”

The missing child has not been identified, but police told the Sentinel the family was vacationing from Nebraska with three children. At the time of the attack, they were relaxing on the shoreline when the alligator pounced. The father entered the water and tried to grab the child from the gator, but was not successful.

“Disney is doing everything they can to make the family comfortable during this ordeal,” Demings added. “As we have been dealing with this tragedy for the last few hours, it is somewhat of a complicated operation, because this is a man-made body of water, it is sizable body of water, and it has certain systems built in in the waterway. My divers have been in the water today … We have marine units out on the lake, they are using sonar equipment to see if they locate the body as well.”

Demings also added that eyewitnesses saw the child being taken under water and that the toddler “certainly did not survive — this is a recovery effort at this point.”

“What I can tell you is that Disney has operated for 45 years and they’ve never had this type of thing happen before,” he said. “It is Florida, and alligators are indigenous, but I want to reiterate that Disney has a wildlife management system in place, and they have worked diligently to ensure that their guests are not unduly exposed to wildlife here.”

In response to the attacks, Disney closed all of the beaches on its resort properties in the area. Authorities have trapped and euthanized four alligators to determine if any of them were involved in the attack.

So far, none of the killed alligators appear to have been involved.

“We will continue to search until we find the body — hopefully that will be today,” Demings said.