Bob Iger is set to earn a massive payday following the announcement that he will return as Disney’s chief executive officer for the next two years.

According to a filing with the U.S. Securities and Exchange Commission, Iger will receive an annual base salary of $1 million. He will also be eligible to receive an annual, performance-based bonus of up to $1 million as well as a long-term incentive award with a target value of $25 million for each year of his contract – giving him the opportunity to potentially earn up to $27 million.

“Sixty percent (60%) of this target award value will be provided in the form of performance-based restricted stock units and the remaining forty percent (40%) will be in the form of stock options,” the filing notes. 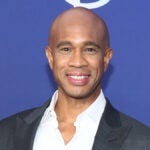 Iger’s return to the House of Mouse follows the ouster of his successor Bob Chapek. The company “exercised its right to terminate without cause the employment of Robert A. Chapek as Chief Executive Officer” according to the filing, and he has resigned from the company’s board of directors.

The move marks a reversal after Disney announced in June that it would extend Chapek’s contract by three years. Chapek will receive the separation benefits payable in accordance with the terms of his previously disclosed employment agreement, according to the SEC filing.

Disney shares climbed about 6% during Monday’s trading session. However, shares are down approximately 37% year to date.