Bob Chapek earned $32.5 million in compensation for Disney’s fiscal 2021 year, more than double the $14 million he pulled in during 2020, which was heavily depreciated due to the first year of the pandemic.

The pay results were disclosed in an SEC filing on Wednesday. 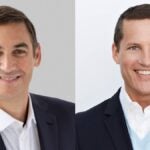 Former CEO (and now former employee altogether) Bob Iger brought in nearly $46 million for his final year at Disney. That was also double what he made in 2020. Iger’s pay does not include the stock awards he was set to receive upon leaving the company, since Disney’s fiscal 2021 ended in October.

Iger formally retired at the end of 2021, ending a multi-decade tenure with the powerful media company. He relinquished the CEO title in February of 2020 and had been serving as executive chairman since. Susan Arnold succeeded Iger as chairman of the board.

Two other longtime senior executives, legal counsel Alan Braverman and communications chief Zenia Mucha, followed Iger out the door. Braverman pulled in $16.7 million for his final year, up from the $9 million for 2020. Mucha brought home $7.6 million for her final year with Disney, up from $4.9 million in 2020.

CFO Christine McCarthy, who is not leaving the company, brought home $21.7 million in 2021, more than double her 2020 compensation.

News of the compensation package come as Chapek’s Disney has undergone another reorganization, putting Joe Earley in charge of Hulu and Michael Paull at the top of Disney’s streaming business. Additionally, Rebecca Campbell will lead a newly-created international content team. You can read more about that here.