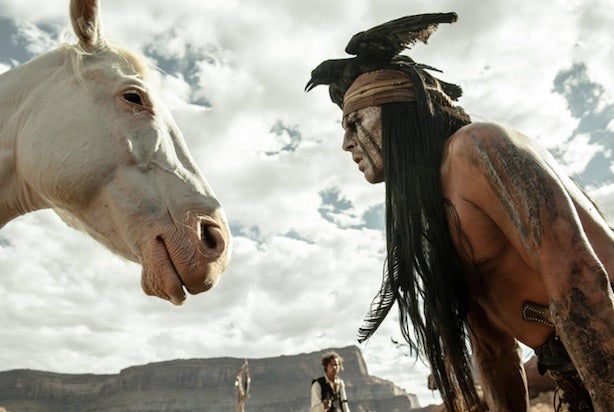 Walt Disney will be more judicious when it comes to greenlighting the next big-budget film that doesn’t feature a member of the Marvel Comics or Star Wars universe.

Chief Financial Officer Jay Rasulo said the studio had learned a valuable lesson from the failure of “The Lone Ranger.” The Johnny Depp Western cost a reported $215 million to produce and tens of millions more to market, but only netted $243 million worldwide.

“There needs to be a cap on tentpole, non-franchise movies,” Rasulo said at the Bank of America Merrill Lynch Media, Communications and Entertainment Conference Thursday in Los Angeles.

Also read: Johnny Depp’s Tonto Tanks: Is ‘Lone Ranger’ One Flop Too Many for the Star?

Rasulo said that by spending less, the company would be better protected from a financial risk-management perspective. During its most recent quarterly earnings call, the studio’s leadership told analysts that it projects to lose between $160 million and $190 million on “The Lone Ranger.”

The project reunited Depp with “Pirates of the Caribbean” director Gore Verbinski and producer Jerry Bruckheimer, but despite the trio’s record of hits, Disney indicated early on in “The Lone Ranger”s’ development that it was concerned about the hefty price tag. It went so far as to shelve the project in the summer of 2011, demanding that the filmmakers trim costs on a budget that was initially estimated to be between $250 million and $275 million.

One film that Rasulo implied is nearly guaranteed to be a hit with audiences when it debuts in the summer of 2015 is J.J. Abrams‘ “Star Wars” prequel.

The financial chief brushed off a question by Bank of America analyst Jessica Reif Cohen if he was concerned that younger audiences would have little interest in the “Star Wars” universe given that it will have been a decade between films.

“This is a franchise that has been evergreen for 35 years,” Rasulo said, noting that “Star Wars” has remained one of the top licensing brands despite frequent gaps between new films.

“The market is extremely hot for everything ‘Star Wars,'” he added.