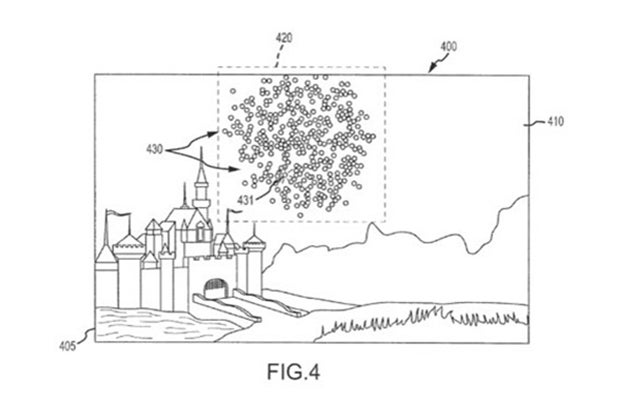 Disney recently filed three patents related to unmanned aerial vehicles (UAVs), which eventually could pave the way for drones to be employed in its theme parks.

The blueprints the company submitted to the U.S. Patent and Trademark Office depict a variety of aerial devices, including ones shaped like iconic Disney characters (e.g. Jack Skellington from “The Nightmare Before Christmas”) and smaller, nondescript ones meant to work together and project aerial nighttime entertainment.

“This is a significant improvement over prior flying characters, which typically were provided in the form of parade or other blimps/balloons filled with hot air or other gases and that had little and/or awkward articulation of any movable parts,” Disney wrote in the patent it filed Aug. 21.

According to the Federal Aviation Administration, Disney will have to seek approval from the FAA before using any unmanned aerial vehicles for commercial purposes. There’s no record of Disney having filed the necessary petitions in the federal government’s online, publicly accessible database.

“The FAA has nothing to do with issuing patents,” a FAA spokesman told TheWrap. “To use an unmanned aircraft for a purpose other than hobby or recreation — for example, in connection with an entertainment business — a company needs some type of approval from the FAA. A flight that is not for hobby or recreation currently requires a certified aircraft, a licensed pilot and operating approval.”

Disney has not yet responded to TheWrap’s request for comment.

Walt Disney Parks and Resorts, a subsidiary of The Walt Disney Company, owns and operates a variety of different theme parks across the world, including Disneyland in Anaheim, Calif. and Disney World in Lake Buena Vista, Fla. According to a study by AECOM, the company’s theme parks attracted over 132 million visitors in 2013, making it the most visited theme park company in the world.

See more drone blueprints Disney submitted in its filing below.