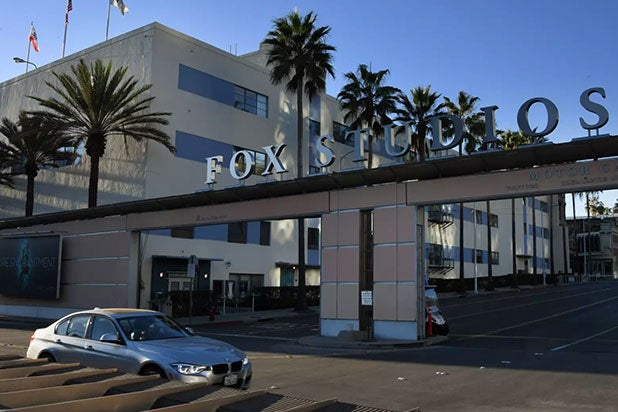 Disney dropped the hammer on Thursday, cutting jobs on the Twentieth Century Fox studio lot, starting from the top.

The layoffs, which are expected to eventually impact as many as 4,000 jobs, claimed some of Fox’s top executives in distribution, marketing and publicity including longtime studio veterans such as Chris Aronson, Andrew Cripps, Pam Levine and Fox TV president Greg Meidel.

Fox head of distribution Chris Aronson was among the first executives at the studio to get the call, putting out a statement on Thursday announcing that he had been let go.

“I am extremely grateful for my time at [Twentieth Century Fox] under the leadership of Tom, Jim, and Stacey,” Aronson said in the statement. “It has been an honor and a privilege to lead the domestic distribution team, which I consider to be the gold standard in the business. While I am disappointed not to continue, I look forward to starting a new chapter in this business during this exciting time of change.”

Senior leadership for the studio’s marketing team was also gutted on Thursday.

Pam Levine, Fox’s president of worldwide theatrical marketing, was also pink-slipped. Levine took over that role in October 2016, overseeing successful and award-winning marketing campaigns for a wide range of films since, including “Hidden Figures,” “Logan,” “The Post,” “The Greatest Showman” and “Deadpool 2” as well as “Bohemian Rhapsody.”

Prior to rejoining Fox, Levine was chief marketing officer at HBO, for five years, leading all of the company’s marketing for “Game of Thrones,” the launch of “True Detective,” “Girls,” “Silicon Valley,” “Veep” and “Last Week Tonight w John Oliver.”

Co-president of worldwide theatrical marketing Kevin Campbell was also laid off. Campbell rejoined the studio in 2017 after most recently serving as Head of Marketing for Amblin Partners.

Before his role at Amblin, Campbell was executive vice president of marketing at Disney and brand lead for DreamWorks Studios titles released through the Touchstone banner. While at Disney, he oversaw the marketing campaigns for many films, including the critically acclaimed box-office hits “Bridge of Spies,” “Into The Woods,” “The Help” and “Lincoln.”

Marketing guru and chief content officer Tony Sella was let go as well. Sella rejoined the studio in 2018, playing a leading role in driving creative during the pivotal merger year of the transition. He has worked on more than 400 films and helped launch seven franchises, including “Avatar,” “X-Men,” the re-imagined “Planet of the Apes” and “Ice Age,” which collectively grossed over $20 billion dollars at the box office.

Consumer products Chief Jim Fielding got the news on Thursday that he would not be staying with company and Julie Rieger, Fox chief data strategist and head of media, was also let go.

The layoffs are expected to cut deep through the Fox ranks. Some staff, the executive said, will move over to Disney temporarily in a transitional role, though it is unclear at this juncture how long some will have a job at the newly combined company.