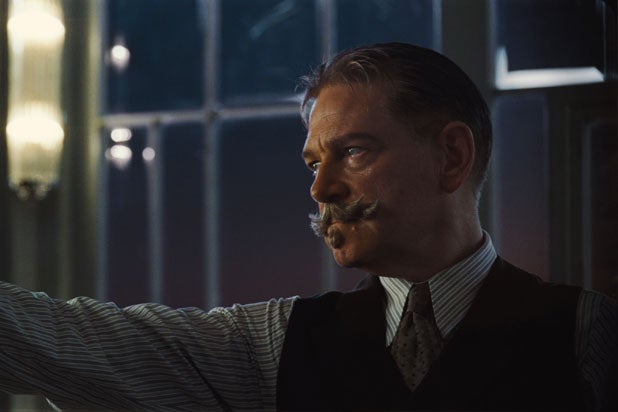 Disney has pulled both “Death on the Nile” with Kenneth Branagh and Ryan Reynolds’ “Free Guy,” both 20th Century Studios titles, from release this December, leaving the studio with no more major theatrical releases in 2020.

Disney’s Searchlight does have “Nomadland” starring Frances McDormand set to open on December 4, but the next theatrical release for Disney or 20th Century Fox is “The King’s Man,” which is currently meant to open on February 12 after it too was pushed back.

This is the latest blow for the 2020 box office, in which numerous movies, not just Disney films, have either pushed way back into 2021 and given up on the 2020 box office or moved the films to streaming services, as Disney did with Pixar’s “Soul,” now opening Christmas on Disney+. Other films like “Black Widow” and 20th Century’s “West Side Story” have all also been bumped into 2020, and it remains to be seen when or how Disney will release both films in an already crowded 2021 calendar as uncertainty about theaters opening continues.

So what is remaining in theatrical release for December? Good question, though for now “Wonder Woman 1984” is still opening December 25, and Universal still has its Oscar player “News of the World” with Tom Hanks and directed by Paul Greengrass set for the same day.

Shawn Levy directs “Free Guy,” which stars Reynolds as a man who discovers he’s actually just a non-player character in a violent video game who breaks free from his routine existence and attempts to break free from the game. The film also stars Taika Waititi and Jodie Comer.

“Death of the Nile,” which is directed and stars Branagh, is the follow-up to “Murder on the Orient Express” and stars Gal Gadot and Armie Hammer in the crime and mystery film based on the Agatha Christie novel.

'West Side Story,' 'No Time to Die' and Other Films That Could've Been Oscar Contenders If They Opened in 2020 (Photos)

Movies like “Dune,” “Respect” and “In the Heights” will have to wait until the 2021 awards race

There's a lot of uncertainty in this year's Oscar race, with the ceremony pushed back until late April and an eligibility period that does not conform to a calendar year (the end date has been extended to Feb. 28, 2021). And yet the studio release slate for some of its biggest 2020 titles have shuffled so many times that many have wondered if there will even be enough viable Oscar contenders. We assure you there will be, but it won't be the films listed here, which removed from 2020's box office and could have a chance for 2022's awards. And there's still a few more movies opening late this year and in early 2021 ("News of the World," "Judas and the Black Messiah," "The United States vs. Billie Holiday") that if, if moved, could shake up the race even further.