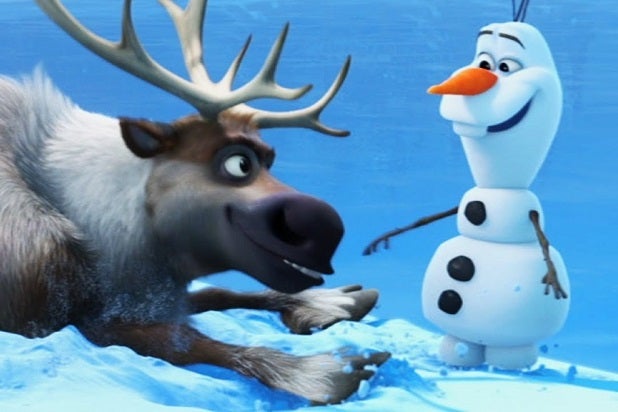 On the TV end, the company reported operating income rise from ESPN and domestic Disney Channels due to rates increases, as well as A&E Networks from advertising growth. The company’s Interactive division jumped on the strength of the “Disney Infinity” videogame.

“We’re extremely pleased with our results this quarter, delivering double-digit increases in operating income across all of our businesses and the highest quarterly earnings per share in the history of the Company,” Robert A. Iger, chairman and chief executive officer of The Walt Disney Company, said in the earnings release. “Our continued strong performance reflects the strength of our brands, the quality of our content, and our unique ability to leverage creative success across the entire Company to drive value.”

He also touted the acquisition of Maker Studios, saying that the new Disney property, purchased mainly for its distribution platform, among other strengths will “boost the presence of our franchises” and increase advertising revenues.

Longterm, “Frozen” is heavily in Disney’s plans. Senior Executive Vice President and CFO Jay Rasulo commented on the call that nine of out 10 products sold in Disney Stores this quarter were “Frozen”-related.

Iger called the film a “top five” franchise for the company, saying, “You can expect us to take advantage of that over the next five years.”

So far, Disney is capitalizing on the animated film’s wild popularity by increasing characters’ presence at its theme parks and preparing for a Broadway show.