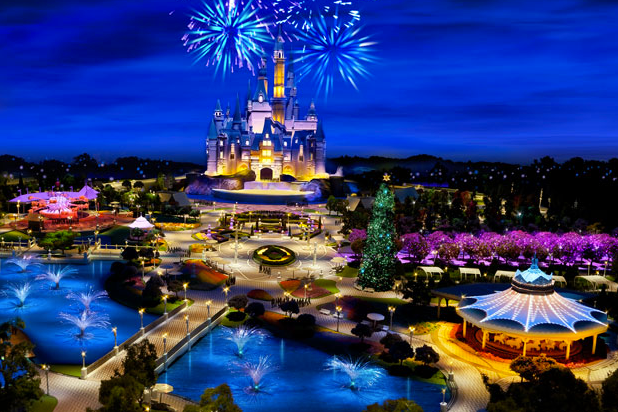 Disney and Shanghai Shendi Group will invest $800 million to accelerate the expansion of their resort in Shanghai, Disney’s first in mainland China.

The money will be spent on additional attractions and other offerings to increase the capacity for the park, which is scheduled to open in late 2015.

The financing will be proportionate to the parties’ stake in the property. Disney owns 43 percent of the resort while Shanghai Shendi, a joint venture of three government-owned companies, owns 57 percent.

“Since we first broke ground in Shanghai we’ve been very impressed with the growth of China’s economy, especially the rapid expansion of the middle class and the significant increase in travel and tourism,” Disney chairman and CEO Bob Iger told TheWrap. “Our accelerated expansion, including additional attractions and entertainment, will allow us to welcome more guests for a spectacular Disney experience on opening day.”

The Chinese travel market is projected to grow 34 percent between 2012 and 2015, and the number of wealthy households will also grow.

“Like all of our parks, Shanghai Disney Resort was designed to expand over time, and this investment allows us to bring some of those additions online earlier,” Thomas Staggs, chairman of Walt Disney Parks and Resorts, said in a statement. “The expansion underscores the tremendous opportunity we see in Shanghai and demonstrates our long-term commitment to and confidence in China.”