Comscore entertainment industry analyst Paul Dergarabedian told TheWrap that while he could not comment specifically on any stock, for streamers “so massive and ubiquitous” as Disney+, any strategy change that “often at first appears as a disruption may wind up being a key to building an even bigger customer base.” 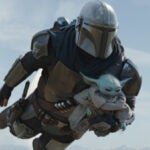 “Streaming services are all navigating the waters of what is a relatively new business model and whether ad-supported or by paid subscription, each is trying to carve out the best possible path to success,” Dergarabedian said.

The price and launch date of the ad-supported Disney+ will be announced later in the year. The new tier will be offered alongside an option without ads, which has been the only subscription option since Disney+ launched in 2019.

In February, Disney announce that its Q1 earnings for the 2022 fiscal year had exceeded expectations from Wall Street in both its earnings and revenues. 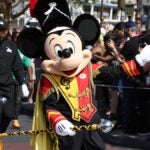 The company reported revenue of $21.81 billion during the quarter that ended January 1, 2022, which represents its first quarter for the 2022 fiscal year. Wall Street had expected Disney’s revenue to come in at $18.36 billion.

As for Disney+, the streaming service added 11.8 million subscribers in Q1, which was well above analyst expectations of around 7 million. The number was buoyed by the success of “Encanto” but also other event programming such as “The Beatles: Get Back.” Disney also said it had 129.8 million Disney+ subscribers globally, which included 45.9 million for India’s Disney+ Hotstar.