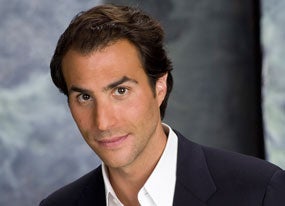 The makers of “Who Wants to Be a Millionaire” are looking to recoup $270 million they say was lost to Disney’s accounting black hole after the show was imported from the U.K. to the U.S.

Silverman, who was working at the London office of William Morris Agency at the time, was instrumental in bringing the instant hit across the pond – and his name came up a lot on Wednesday as the trial began in earnest (Silverman was called as a witness, but doesn’t have a stake in the trial’s outcome).

After opening statements, Celador International boss Paul Smith took the stand as the first witness, explaining that Silverman contaced him not long after the show debuted in the U.K. in 1998. His purpose: to propose a package commission deal for the agency to represent Celador in selling “Millionaire” in the U.S.

Smith emphasized the immediate and overwhelming response to the original U.K. broadcast in domestic ratings and overseas licensing when it debuted in 1998. After listing all the countries where it was already a hit, Smith said the first significant expression of U.S. interest in the show was from “a William Morris agent named Ben Silverman.”

As the relationship with WMA developed, Silverman was in the process of moving from London back to LA; Smith says he started dealing more with Greg Lipstone at the agency’s Beverley Hills office. Silverman, Smith testified, “gradually disappeared — in the nicest way possible.”

By order of the court, Silverman was expected to reappear at the federal courthouse in Riverside, Calif., also in the nicest way possible, on Thursday morning.

Still on deck to testify in the next couple of weeks: Bob Iger and Michael Eisner. Stay tuned to TheWrap for updates.