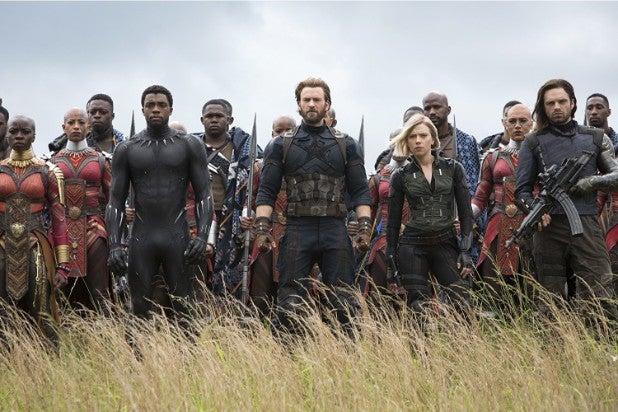 Disney announced Wednesday during its annual shareholders meeting that its upcoming Avengers Campus will debut at Disney’s California Adventure on July 18.

The move to add an Avengers-themed area to Disneyland follows last year’s opening of the “Star Wars”-themed Galaxy’s Edge. Despite buying Marvel Studios in 2009, to date the only Marvel-themed attraction at Disneyland has been the “Guardians of the Galaxy” ride “Mission Breakout.”

Since that’s been on the California Adventure part of Disneyland Resort, it will be incorporated into Avengers Campus. The first ride on the new area will be Spider-Man themed.

Also Read: Peter Jackson's 'The Beatles: Get Back' Documentary Gets Fall Release From Disney

The announcement comes as many of Disney’s international parks have been closed amid the spread of the Coronavirus. The parks in Florida and California have remained open. Disney did not say whether those would close anytime soon. Iger opened the day by discussing the worldwide epedmic, which has infected more 120,000 and killed over 4,000 people. In the U.S., confirmed cases of the Covid-19 disease have topped 1,000.

“We’re all sobered by the concern that we feel for everyone affected by this global crisis,” Iger said. “What we’ve demonstrated repeatedly is that we are incredibly resilient.” Two weeks ago, Bob Chapek, who had been leading the Parks division of Disney, was named as the company’s new CEO while Bob Iger transitions to executive chairman.

Disney has acquired the worldwide distribution rights to Peter Jackson’s documentary “The Beatles: Get Back” and will release the film in theaters in the U.S. and Canada on Sept. 4, 2020, Bob Iger announced Wednesday during the Disney shareholders meeting.

Iger also announced Wednesday that Disney has acquired the worldwide distribution rights to Peter Jackson’s documentary “The Beatles: Get Back” and will release the film in theaters in the U.S. and Canada on Sept. 4, 2020.